Strange Pilgrims exhibit to come to The Contemporary Austin 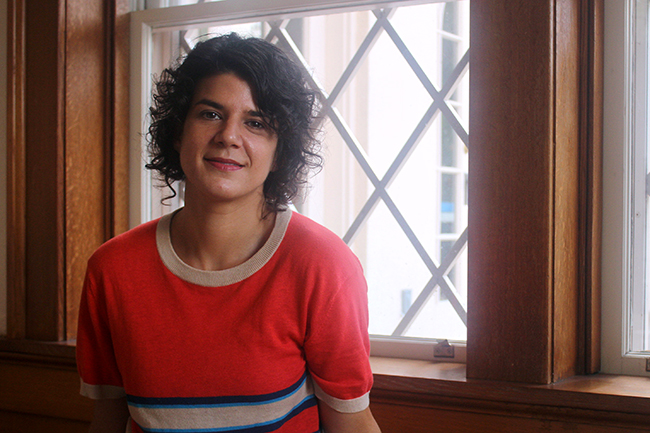 At The Contemporary Austin’s latest exhibit, visitors can enter a personal thought, dream or wish into a computer as part of Yoko Ono’s “Summer Dream.” A scrolling billboard broadcasts the messages for a moment before they disappear and then replaced by the next guest’s words.

“Summer Dream” is one of 15 installments in Strange Pilgrims, an exhibit hosted by The Contemporary Austin that features immersive, experiential artwork in collaboration with local, national and international artists. The event will open to the public Sept. 27.

Senior curator Heather Pesanti said Strange Pilgrims is named after a collection of short stories by Gabriel García Márquez, which follows a series of characters through their journeys in unfamiliar lands.

“I love this idea of pilgrimage,” Pesanti said. “The idea that you’re traveling through these spaces, and you’re having an experience in which, like a pilgrimage, you’re changed afterwards.”

Strange Pilgrims is The Contemporary’s largest exhibition. Fourteen internationally recognized artists are spread across three different locations around Austin — Laguna Gloria, The Jones Center and UT’s Department of Art and Art History. Pesanti said she selected the artists based on her three main themes: environment and place, technology and information, and performance and process.

“I was fascinated by the bigger art worlds, kind of second-wave, objectless art,” Pesanti said. “Austin is at the leading edge of music, film, video and festivals, which are at their core experiential.”

Art history associate professor Ann Reynolds contributed a scholarly essay to the catalog of Strange Pilgrims. In her essay, she wrote about shadows as a form of experiential art. She said when audience members see their own shadow cast on a constructed, glowing white platform, they actually become a part of the work.

“Since I’ve taught at UT, [Strange Pilgrims] is by far the most ambitious show that’s ever happened here,” Reynolds said. “There are going to be some major artists doing major works, which has never happened on this kind of scale. It’s a really good opportunity for the students to not have to just read about this stuff. They can actually see it.”

Lakes Were Rivers, an Austin-based photography group, will be showing their work at The Contemporary Austin’s Laguna Gloria. Members Elizabeth Chiles, a member of Lakes Were Rivers and a UT lecturer, said the group's photography is constantly looking through both a historical and experiential lens. Their name is based on the idea that, historically, all of the lakes in Texas except one were once rivers.

“It also has a metaphorical meaning in relationship to photography,” Chiles said. “Time is thought to flow and be constantly in motion. One of the things about photography is that it stops time and so it makes a ‘lake out of a river’ or cools something that is otherwise flowing.”

Lakes Were Rivers’ bases much of its work for Strange Pilgrims on the history of Laguna Gloria itself. Susan Scafati, another member of Lakes Were Rivers, said the space is designed to resemble an Italian villa and was previously home to Texan Clara Driscoll, famous for her preservation of the Alamo. After much research, the group found an image of a swan that linked the history of Laguna Gloria to their work, Swan Cycle Chapter 1 and 2.

“For us, this was a way of connecting the exterior of Laguna Gloria and a real-life, current-day presence of this animal with the history that had taken place with Clara Driscoll and the interior,” Scafati said.

Barry Stone, another member of Lakes Were Rivers, said that never before have so many artists from all over the world brought together their different ideas.

“It’s so exciting to be a part of this,” Stone said. “It really marks a new beginning. It sets a high model for what’s possible here in Austin.”