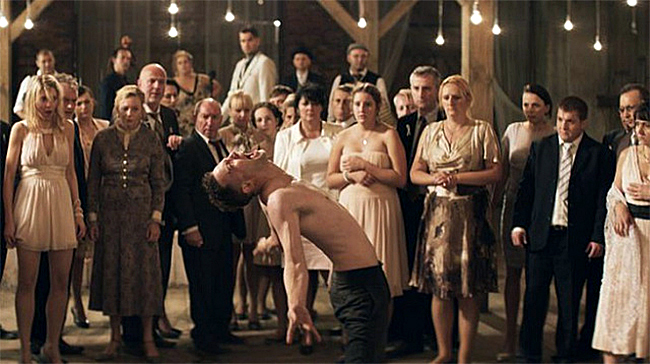 Polish director Marcin Wrona’s “Demon” possesses a chilling premise — a groom who's possessed by a vengeful spirit on his wedding night. The premise is full of possibilities. But, it fails to be even remotely frightening because of its unfocused screenplay and a story that meanders without aim.

The story follows Peter, a successful young architect living in London, who discovers human remains in his backyard. As his wedding day approaches, Peter begins having strange and horrific visions.

Watching Peter flail around and speak various languages is about as exciting as his “possession” gets. The film is presented as a retelling of a Jewish tale about a dark spirit called a Dybbuk, which may easily be lost on audiences who have no familiarity with Jewish culture. Unfortunately for them, the film doesn’t help guide them.

While the story fails, “Demon” delivers immaculate cinematography. The opening shot of an eerie, misty village sets the stage for a series of unnerving set pieces, such as a run-down house with a creepy cellar. Although the characters could have more depth, the actors are able to pull off wonderful performances as frightened attendees of the worst Polish wedding ever.

If “Demon” could deliver a cohesive storyline and actual horror, it may have been able to reinvent the exorcism movie in a truly outstanding fashion.