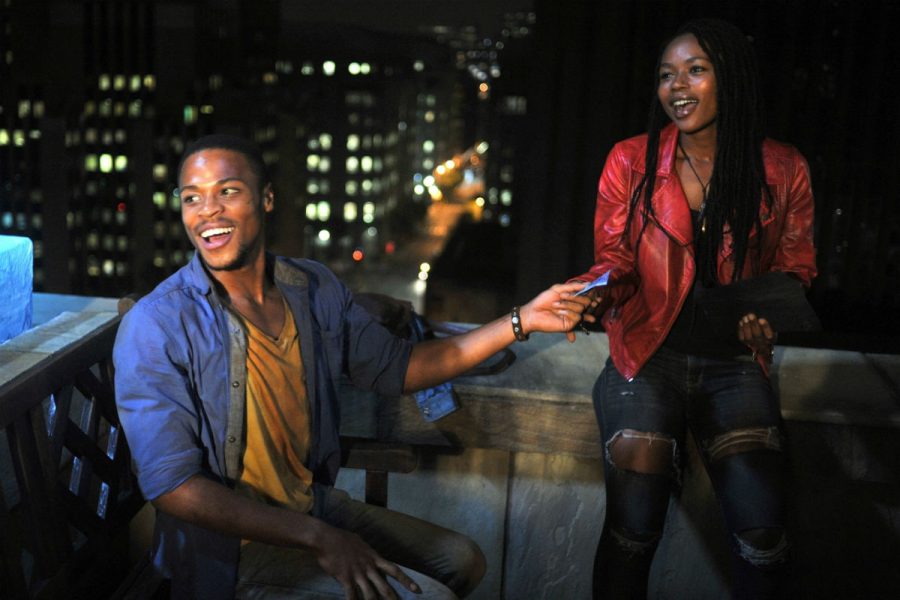 “Hard to Get,” directed by Zee Ntuli, presents a loud, audacious ride through the crime rings of South Africa, mixing in a romance between two criminals. Ntuli, who directed the film at the young age of 25, uses a bombastic, in-your-face style of directing that may be too much for some viewers, but can electrify others. Although the story and a few of its characters are generic, the film’s humor and its charming lead characters’ chemistry save it from becoming a brainless, action-obsessed popcorn flick.

The story centers on TK (Pallance Dladla), a young playboy who holds court in his poverty-stricken village. His life changes after he encounters a mysterious girl named Skiets (Thishiwe Ziqubu), who’s on the run after maneuvering a couple of thugs. After Skiets carjacks the village’s local bully, TK becomes roped into a high-octane journey to the big city and also ends up falling for the intense Skiets. The two soon find themselves owing money to a local crime boss, and they must work together to steal enough money to escape with their lives.

The film’s strongest moments lie with the relationship between Dladla and Ziqubu’s characters. The two really hit it off and convey their dilemma of two in-over-their-head kids in love. Dladla is extremely charming as an insecure youngster trying to prove his manliness. Ziqubu is equally pleasant as a tough woman who’s willing to punch and kick her way out of any situation. Their humorous banter adds to the likeability to the duo, which is an achievement considering the awful things they do.

The action is expertly directed, as the film features bloody punches and some vicious sequences. Ntuli doesn’t pull any punches in showing TK getting his face repeatedly bludgeoned during his exploits. Despite many gristly moments, the film manages not to lose the fun rush that’s constantly built up.

However, there are problems with this wild-ride. Ntuli abuses the slow-motion effect heavily, and he uses an arsenal of other visual gimmicks to prove he’s an action director to be reckoned with. This both helps and hurts his finished product. While the slow-mo use at first seems to parody its over-usage in conventional action films, the movie ironically becomes addicted to it. The flashy camerawork and editing sometimes interrupts the story, especially during the underwhelming climax.

The film’s bad guys fail to be at all interesting. The village menace, played by Israel Makoe, delivers a handful of funny lines, but his development stops there. In terms of the plot, he disappears for the majority of the second half and only reappears to serve as a third act hindrance. To be fair, his only redeeming moment occurs in a pretty humorous scene at the end of the film. The kingpin, though, is even worse. He’s every bad-guy cliché conceived. He can be big and menacing, but that doesn’t equal intriguing.

Overall, “Hard to Get” is an impressive film that uses its two, charismatic lead characters to its advantage. But Ntuli’s intrusive directing style interrupts the story and the antagonists lack complexity. Despite these missteps, the film serves as an immensely entertaining action-comedy with a convincing romance between two budding stars.

See more of the Texan's coverage of Fantastic Fest here.