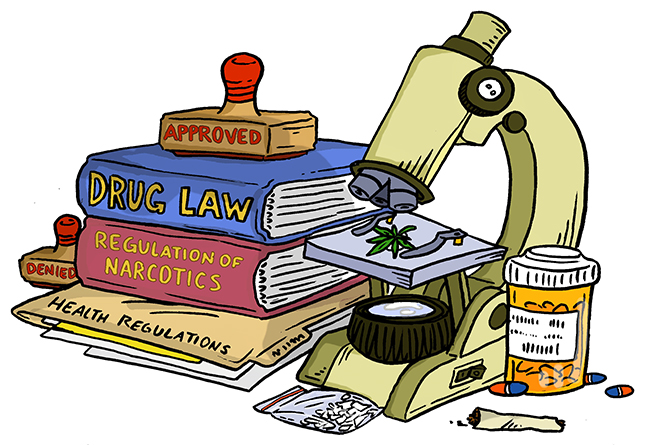 Synthetic marijuana — also known as K2, klimax or spice — has been receiving heightened attention as a fatal alternative to marijuana for recreational drug users. Until overbearing drug laws are changed, the use of K2 and other synthetics will continue to grow.

K2 is a synthetic cannabinoid engineered to resemble THC. Its popularity is because it is sold legally in smoke shops and does not appear on drug tests. The government has made efforts to outlaw specific chemicals used in K2, but synthetic marijuana manufacturers dodge these laws by simply altering its chemical makeup.

Alongside the government’s efforts to limit the consumption of K2, we also need to rethink our strict drug policy toward marijuana. Possessing 2 ounces or fewer of marijuana in Texas is a Class B misdemeanor and can land you up to 180 days in jail, a fine of up to $2,000 or both. Such a draconian punishment for a drug widely regarded as harmless is leading people to turn to the readily available and legal K2.

K2 is becoming increasingly problematic for UT students. At the Sept. 24 edition of The Texan Talks, The Daily Texan’s weekly forum, UTPD Chief David Carter spoke about the emergence of the drug in West Campus.

“A particular challenge involved a somewhat dramatic uptick in the use of synthetic marijuana,” Carter said. “UTPD quickly grasped the devastating effects K2 has on individuals and the impact to the areas surrounding campus.”

The National Institute of Drug Abuse has labeled K2 as a drug not meant for human consumption, and it is no wonder that people can act so erratically when consuming it. The constantly changing chemical makeup of the drug can have drastic, unintended consequences.

Neuroscience associate professor John Mihic said synthetic cannabinoids such as K2 have dangerous side effects, including psychosis and massive tachycardia or racing of the heart.

“You have no idea what you are getting and you are making an assumption that what you are consuming is actually safe,” Mihic said. “Do you really want to be the guinea pig, who tries this drug out without any idea what the toxicity is? It is naïve to think that these are just a straightforward replacement for THC.”

It needs to be acknowledged that marijuana laws in the U.S. do not make pharmacological sense. In comparison with these synthetic cannabinoids, THC is extensively studied and is widely considered to be safe as it is less dangerous than other social substances, such as alcohol or tobacco.

K2 is an unknown drug with zero regulation, and quality control among dealers is not a given. The emergence of K2 abuse requires us to rethink our policy toward marijuana in an effort to push people away from dangerous and unregulated synthetic drugs.