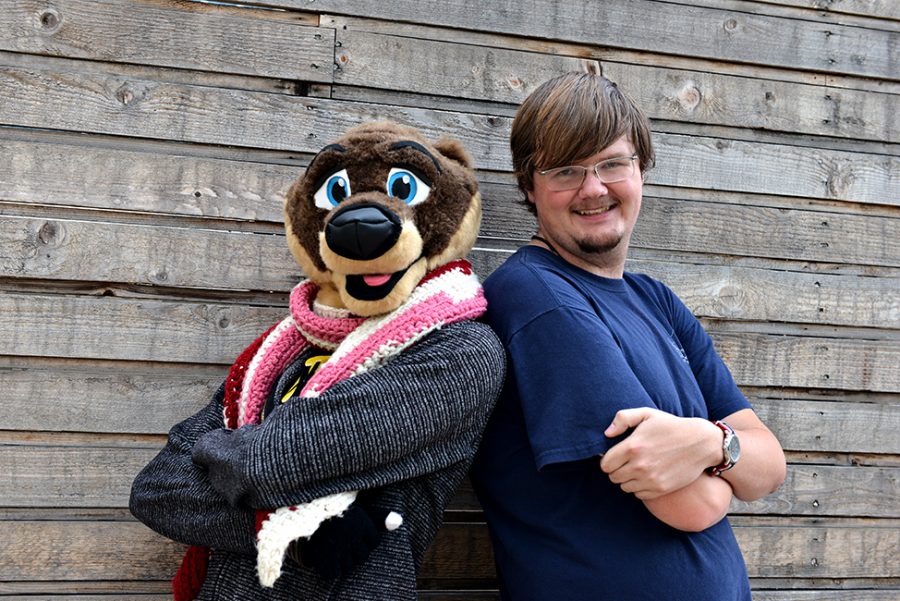 Physics senior Joe Seifert walks into the bathroom. One minute later, he emerges as EJ the otter, clad in a hoodie, pink scarf, brown fur tail and otter head.

Seifert is the founder of Longhorn Furs, a club for students interested in fictional animals with human characteristics, similar to the characters in Disney’s “Robin Hood.” Members of the club and the larger international furry community call themselves “furries” and express their interest through drawing, writing stories or dressing up in costumes.

“Expressing your furry side is not a very common thing in colleges in general because people are so nervous about how they are viewed by others,” Seifert said. “In high school, it’s really hard to go out and be who you really are, but we want people to know that, in college, it’s totally okay.”

Longhorn Furs is an extension of the Austin furry community. Seifert said he estimates Austin has 200 to 300 active participants, not including the larger online furry community that communicates via chat rooms and forums.

The club began with a group of students from the Austin furry community who ate pizza together every Monday afternoon. These gatherings, referred to as “furmeets,” date back to 2011, but it wasn’t until April 2015 that the meetups became a part of an official campus organization. Since its creation, Longhorn Furs has hosted two dances and continues to meet weekly for pizza.

Grayson Northcutt, human biology senior and club member, said he was drawn to the community because members are always willing to sit down and talk without judgment.

“People think we are weird just because we like animals, but that is only scratching the surface,” Northcutt said. “It’s way more than just that. We like the community and each other, and [the furry aspect] is just kind of the central point where we met.”

Seifert attended his first furmeet one year ago after stumbling across a furry subreddit. He said he had not yet come out, but the community’s openness and accepting nature allowed him to truly express himself and embrace his sexuality.

The national furry community is predominantly LGBT. According to a 2014 study by the International Anthropomorphic Research Project, only about 20 percent of the fandom identifies as heterosexual.

Seifert said transgender people, especially those who have not yet begun the process of transitioning, benefit greatly from the furry community. They can act as whatever gender they identify with through their “fursona,” an animal character furries create to express themselves in the community. Seifert said his fursona, EJ the otter, is an American river otter who, like Seifert, is gay and studies physics.

“Usually, people [with cat fursonas] are like cat people in real life,” Borah said. “[They’re] kind of quiet, grumpy in the morning and do their own thing. But I like doing the cat thing. It works out well.”

One of the misconceptions Seifert said he wants to disprove is the idea that furries believe they are truly animals.

“A lot of people think that furries are weirdos that don’t fit into regular society,” Seifert said. “People use furries as the butt of their jokes. People judge it right off the bat and don’t take any time to look at the people. We are just people who have this interest and want to be able to express it with others.”