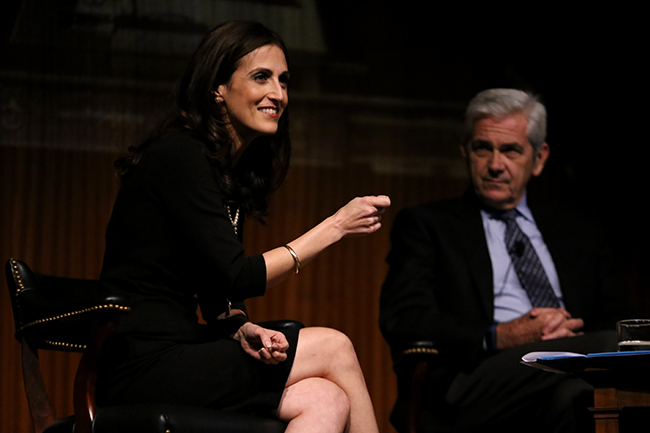 Many of the immigration policies proposed by leading Republican presidential candidates would have a dampening effect on the economy if they became law, according to a panel of immigration experts who spoke at the LBJ School of Public Affairs on Thursday.

“Even though immigration is a political and personal issues for the vast majority of us, it is also a dollars and cents issue,” Victoria De Francesco Soto, a Mexican-American studies lecturer, said. “What would our nation look like without Mexican immigration, Asian immigration, all types of immigration?”

Bill Hammond, chief executive officer of the Texas Association of Business, said the deportations proposed by candidates such as Donald Trump, the current frontrunner for the Republican nomination, would decimate the country’s population of construction and agricultural workers.

“If suddenly some of those who are running for office today had their way and all of the undocumented workers left the state, it would be disastrous for our economy,” Hammond said.

Penalizing those who hire undocumented immigrants, another facet of many candidates’ immigration plans, would also be harmful to the economy, Hammond said. He said placing the burden on employers to investigate their employees’ citizenship status is unreasonable.

“It’s our belief that it’s unfair to turn employers into forensic experts,” he said.

The panelists discussed immigration policy in the context of American history as part of an event commemorating the 50th anniversary of the Immigration and Nationality Act of 1965. The Act eliminated a country-based quota system that favored immigrants from Northern and Western Europe, and limited the number of immigrants coming in from any given location. Instead, the country’s new immigration policy focused on immigrant skills and family relationships as criteria for admission.

Tom Gjelten, an NPR correspondent who published a book this month about the history of American immigration, said the act was transformative.

“This law changed America more than any other law passed in the 20th century because it changed the complexion of our nation,” Gjelten said.

Migrating to the U.S. from Vietnam at the age of three, English senior Loan Tran said she attended the talk because immigration has always been a part of her life.

“I understand the hardships that come along with the immigration process,” Tran said. “We live in a country that prides itself on diversity and yet we have had laws set up that restrain diversity.”