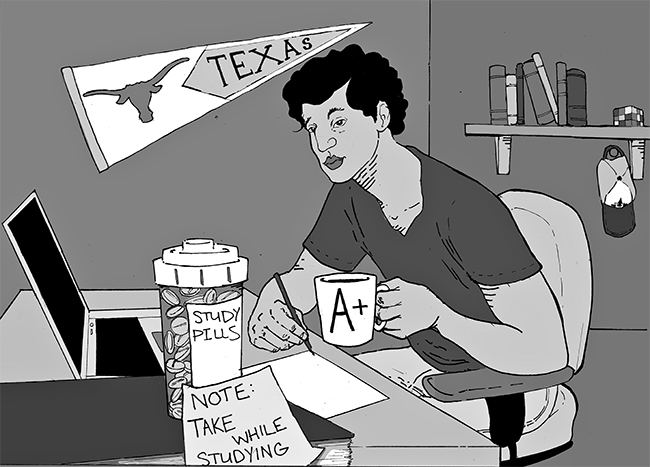 Editor's note: This is one part of a point-counterpoint regarding study drugs. Read the other installment here.

A review published in July indicates that the popular study drug modafinil could be the world’s first safe cognitive enhancer.

Modafinil is currently prescribed for excessive daytime sleepiness and narcolepsy, but many students and professionals use it recreationally to improve their decision-making, memory and creativity.

Unlike other “smart drugs” such as Ritalin and Adderall, modafinil apparently has no significant side effects or risk of addiction. Yet modafinil is a Schedule 4 controlled substance and is illegal without a prescription. With safer drugs such as modafinil on the market, we must re-examine our moral assumptions about cognitive enhancers and update our drug laws.

Consider the most popular cognitive enhancer of all: caffeine. Caffeine, like modafinil, is a stimulant that increases energy and focus. But people can legally consume caffeine across the globe, and many need it to function.

“If I don’t have a cup of coffee by 10 [a.m.], I have a pounding headache, which is a sign of withdrawal,” neuroscience associate proffesor John Mihic said. “That’s an illustration of my physical dependence on caffeine. But nobody worries about that.”

Apathy toward caffeine’s side effects is not the only defect in our perspective on drugs. Many people think synthetic substances such as modafinil are more dangerous than natural ones such as caffeine. Mihic said this is not necessarily true.

“If anything, [synthetic] is better,” Mihic said. “There’s a lot of natural products that you wouldn’t want in you. I’d rather get modafinil where someone controls the purity and dose.”

As cognitive enhancers become more effective and safe, only one inquiry remains: Do they give users an unfair advantage in the classroom or workplace?

Many would spill their double espresso shouting a caffeinated affirmation. But this is a knee-jerk reaction. Taking a step back, we see modafinil might not be so different from coffee, multivitamins, herbal supplements or the myriad of other substances we consume daily in hopes of gaining an edge on our peers.

While we should still be skeptical of modafinil’s long-term safety, the growing number of respectable, successful people openly advocating modafinil indicates a shift in popular opinion about cognitive enhancement.

Drugs such as modafinil, whether you like it or not, will one day be as common as coffee. The only question is whether Starbucks will add it to the menu.