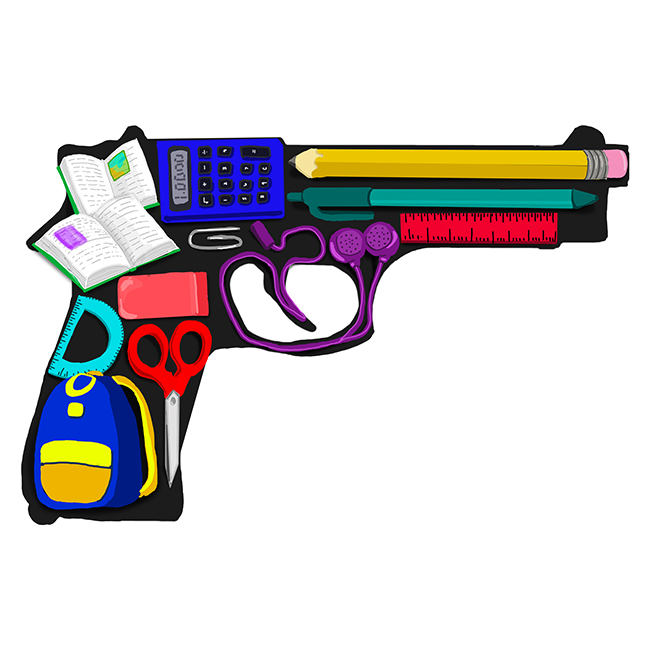 College students are notorious for keeping their heads down, scrolling through a news feed while walking to a class or waiting on a professor. In fact, approximately 89 percent of people ages 18–29 are active on social media. Given this prevalence, the implications of what goes viral on such websites needs to be taken into consideration, especially in the case of gun violence.

Recently, videos of people being shot have gone viral on social media. Death is not a concept humans are naturally comfortable with, but when videos of the process of death can be easily found online, they can desensitize people to dying and violence.

Walter Scott’s tragic shooting is one of the most prevalent examples of socialized deaths. Video of Scott being shot to death by police was posted on Twitter in an effort to promote awareness of improper protocol used by police. Many activist Twitter accounts retweeted the video, hoping to stir enough emotion in the general public to start an outcry.

These videos are necessary for legal actions but should not be posted on a public website. The threat of desensitization and numbness with regards to the subject could be detrimental to the public. The threat of the normalization of shootings could eventually become ingrained in our culture.

In that respect, witnessing repeated deaths online can have serious consequences, especially for the generation that grew up alongside such media outlets. That’s what makes campus carry so dangerous — it would allow for the densitization of guns and violence to make its way to a college campus.

Plan II and business freshman Arjun Talpallikar said he feels campus carry is irrational, especially given the way people have proven to be with guns.

“When you empower people to be so blatant and to respect those kind of deadly weapons less, you are always going to have more problems,” Talpallikar said. “It’s a question of how people treat their guns.”

Similarly, Bryan Jones, a government professor and member of Gun-Free UT, is against campus carry. Jones was teaching at another college when a gun fell out of one of his student’s backpacks who was an off-duty police officer and said class had to be dismissed. The class was not aware of the student’s occupation, but after Jones explained the circumstances, his students continued with discussion. This shows the intimidation factor guns possess in a university community that partakes in controversial conversations.

“I think it will intimidate people in classes. Professors may or may not be intimidated, but I know some students will,” Jones said.

Ultimately, then, campus carry is unethical from a generational standpoint. Restrictions on guns need to be tailored to the audience they will affect.