Horns Up, Horns Down: October 7 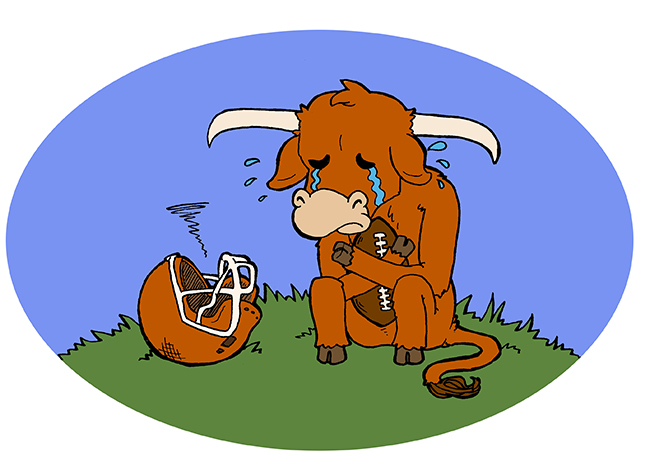 In response to the abysmal 50-7 loss against TCU, Charlie Strong told reporters he experienced his “worst day as a head coach.” The Longhorns haven’t had a start this bad since 1938, and there is speculation that this could be Strong’s last season. But before any decision is made, let’s not forget the critical changes Strong has made — specifically his no-tolerance policy concerning domestic abuse and academic integrity.

Horns up: No pressure

After three straight losses, the Longhorns have little to lose this weekend. OU is heavily favored, but a loss to a weak UT team could torpedo their playoff hopes. At the least, we’ll be able to claim moral high ground. While Strong kicks players embroiled in sexual assault cases off the team, OU welcomed linebacker Frank Shannon back, despite a panel recommending his expulsion for Title IX violations.

Horns down: Campus on edge

A few days before the OU game, some students will have to do extra homework to clear up their weekends. A number of professors canceled class, and some students stayed home because of a threatening post on Internet forum 4Chan that was similar to one made prior to the recent Oregon shooting. Hopefully no one will have to make up work again, due to threats UTPD described as “not credible.”