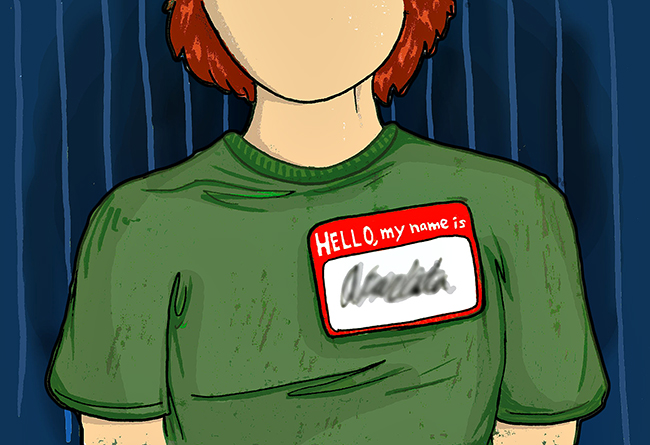 Most people will agree it’s not very hard to recognize an acquaintance on the street. Remembering their names, on the other hand, is a totally different matter.

In general, people remember other peoples’ names less accurately than other information about them. Information such as the occupations or hobbies of new acquaintances are much easier to remember than their names, according to a study published by the British Journal of Developmental Psychology.

This holds true even when the name of an occupation and the name of a person are the same. In a similar study in the British Journal of Psychology, subjects had more trouble remembering a man’s name was Mr. Baker than remembering he was a baker.

Psychology professor Zenzi Griffin said the arbitrary relationship between people and their names makes personal names essentially meaningless and can make them hard to encode and retrieve. Names are especially susceptible to the tip-of-the-tongue phenomenon ­­— the frustrating sensation of knowing a word but being unable to produce it — an issue associated with the retrieval process.

“Names pick out individuals rather than kinds,” Griffin said. “If you learn the word ‘tree’ by looking at a tree, you will be able to recognize other trees. If you meet one person named John, it’s not going to help you recognize other people named John.”

Griffin said attentiveness can also play a part in the difficulty people have remembering names. When students are called to introduce themselves on the first day of class, they’re unlikely to be invested in learning other students’ names, so they won’t. They may even be experiencing the “next-in-line” effect ­— focusing on their own introduction rather than listening to others. However, Griffin said that these social aspects can’t always explain why names are difficult to remember.

“Even when people are motivated, it can be quite difficult to learn and retrieve names,” Griffin said.

Names are especially hard to encode and retrieve because they don’t create concrete images in people’s minds. Other nouns rely on visual cues that make them easier to remember. In fact, personal names are as hard to remember as made-up, nonsense words because they signify just as little.

Creating associations between a name and a person is one of the best strategies people can use to remember names more effectively. For example, Griffin suggested that if a new acquaintance introduces herself as Joy, it will be easier to remember her name by noticing that she is either extremely cheerful or ironically gloomy.

A 1998 study in Memory, a peer-reviewed journal, showed that subjects retrieved descriptive names of cartoon characters more easily than non-descriptive ones. More participants remembered names such as Pink Panther or Grumpy than Garfield or Gargamel.

Similarly, Griffin said descriptive nicknames are much easier to retrieve than personal names.

“I had a friend that people called ‘the fridge,’” Griffin said. “He was huge, and because it was meaningful, you’d remember it.”