Community reacts to death of Bevo XIV on Twitter 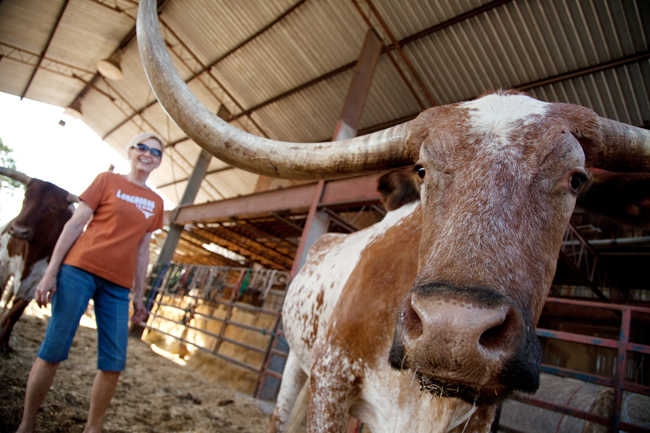 The University announced Bevo XIV passed away Friday after being diagnosed with bovine leukemia virus earlier this week.

May you rest in peace, @Bevo_XIV. Thanks for the memories, and your legacy will reign on: http://t.co/I4kl795fKX pic.twitter.com/oGLt6qMnS4

May Bevo rest in peace. #Longhorns Mascot Bevo has Died. Thanks for going out in style against OU. #HookEm http://t.co/8DNOwh3Nuq

The steer formerly known as Sunrise Studly was not on the sidelines for last week’s 24-17 win over Oklahoma.

Bevo was diagnosed with a life-threatening condition Wednesday. It was then announced that the condition was bovine leukemia virus, and Bevo would retire immediately.

RIP @BEVO_XIV. Thanks for supporting reading with us! #hookem pic.twitter.com/r0lCVcAA3O

The search for Bevo’s replacement will begin immediately. The steer was on the sidelines for some of the biggest moments in the football team’s recent history, including the 2005 national title win over USC.

#RIPBevoXIV had one hell of a ride wit ya. #Hookem \m/ https://t.co/xQHr0N0qEi

Condolences from the #12thMan https://t.co/3VwXgyJXN0