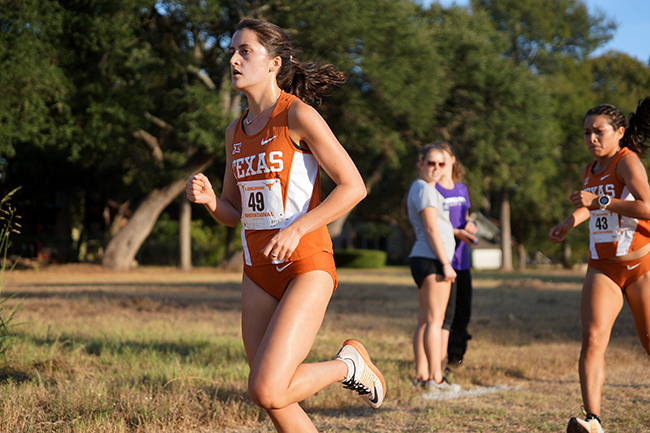 The Texas cross country team returns to action this weekend at the Pre-National Invitational in Louisville, Kentucky.

The Saturday morning event will take place at E.P. Tom Sawyer Park, the same course that will hold the NCAA Cross Country National Championship on Nov. 21.

The race format will differ from the formats of Texas’ previous three events. With more than 40 teams registered for the event, the meet is comprised of six different races ­— three each for men and women.

“This is where the season really begins,” Herbster said. “We’re going from almost a practice schedule to a full-blown championship schedule. There’s not a lot in between.”

The Texas men jumped into the national rankings for the first time all season at No. 30 in the latest Coaches’ Poll.

“We’re going out there to prove that we’re better than what they’ve ranked us,” Rogers said. “We have to come out as the aggressors to prove that we can compete nationally.”

Meanwhile, the women’s team ranks No. 27 nationally and has not lost an event all season.

Coach Herbster touched upon the importance of junior Sandie Raines’ emergence as a leader and its effect on the team.

“Sandie has a very easygoing nature about her,” Herbster said. “She’s not going to get riled up under pressure. As captain of the team, she’s elevated the Texas women.”

Herbster said with Raines’ leadership, this year’s women’s squad is the best he’s coached at Texas. They have an opportunity to prove that on Saturday.