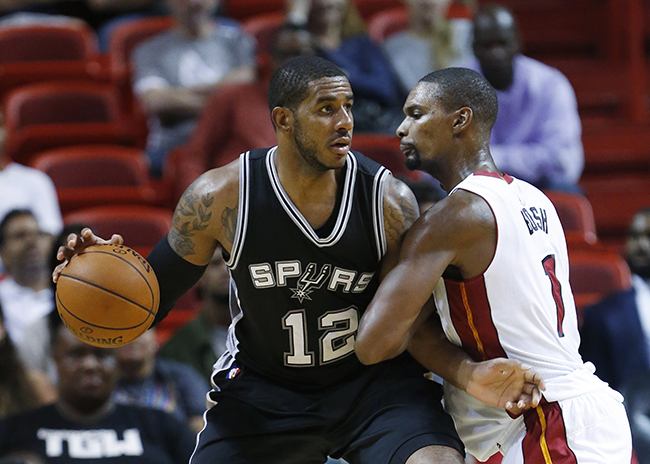 The 2015 offseason was a hectic one for All-NBA power forward and former Texas Longhorn LaMarcus Aldridge.

After spending his first nine years in the league with the Portland Trail Blazers, Aldridge tested free agency to sign with another organization. A myriad of teams solicited him, but on July 4, Aldridge decided to return to his home state of Texas to play for the five-time champion San Antonio Spurs and head coach Gregg Popovich.

Aldridge, the only 2015 NBA All-Star to switch teams this summer, was a successful, multidimensional player for Portland. He averaged 23.4 points and 10.2 rebounds per game last season, both marks good for top 10 in the NBA. His usage percentage — which measures the percentage of possessions a player finishes with the ball — ranks 7th in the NBA at 30.2 percent.

Aldridge posted impressive statistics throughout his nine-year tenure with the Blazers, but it may be difficult for him to keep his numbers up in San Antonio. The Spurs are renowned for running an offensive system that focuses on frequent ball movement and sharing the wealth. Aldridge, the only NBA player to average over 20 points and more than eight rebounds through the past five seasons, needs to learn a new role at the power forward position to critically benefit the Spurs offense.

He will probably need to sacrifice these outstanding averages, considering the Spurs offense has not had a player score over 21 points per game or average 33 minutes per game in the past two seasons. Aldridge has not played below 33 minutes per game since his rookie year in Portland, but he should expect Popovich to periodically rest him throughout the season to prepare for the long playoff run.

Perhaps the most effective part of Aldridge’s game that will improve the Spurs is his efficient midrange game. Aldridge connected on a league-best 327 midrange shots in 2014–2015, and according to ESPN, leads the league in most points from midrange shots in the last three seasons with 2,058. He will continue to play the power forward position and will complement former NBA Finals MVPs Tim Duncan and Kawhi Leonard in the front court. The acquisition of Aldridge impacts opposing defenses by giving them three offensive threats in the front court, who all averaged 13-plus points per game with 46-plus percent shooting last season.

Aldridge’s decision to come home and join the Spurs this offseason will cause a great shakeup in the NBA. It gives a team one year removed of a championship one of the best offensive weapons in the NBA.  Aldridge told the Associated Press he is eager for the opportunity.

“I think this is a great opportunity to win and to be at home,” Aldridge said at his introductory press conference.

Aldridge will make his debut in San Antonio on October 28 against the Oklahoma City Thunder.