Biology sophomore Mary Richards has a tattoo of an owl on the back of her neck. The tattoo matches one that Richards’ longtime friend got at the same time.

“The owl is important to our friendship,” Richards said. “We had this owl face that we would make to each other to be funny. Later on, all this owl jewelry and necklaces came out, so we joked that we were the ones who started the trend.”

The two friends originally got the tattoos because they were going to different colleges. Her friend went to UTSA and joined the CAP program, while Richards went the University of North Texas. The following year, they both ended up at UT.

“I found out that I wanted to go to med school, and North Texas didn’t really have a good pre-med program,” Richards said. “So in the end we both transferred to Austin and started rooming together.” 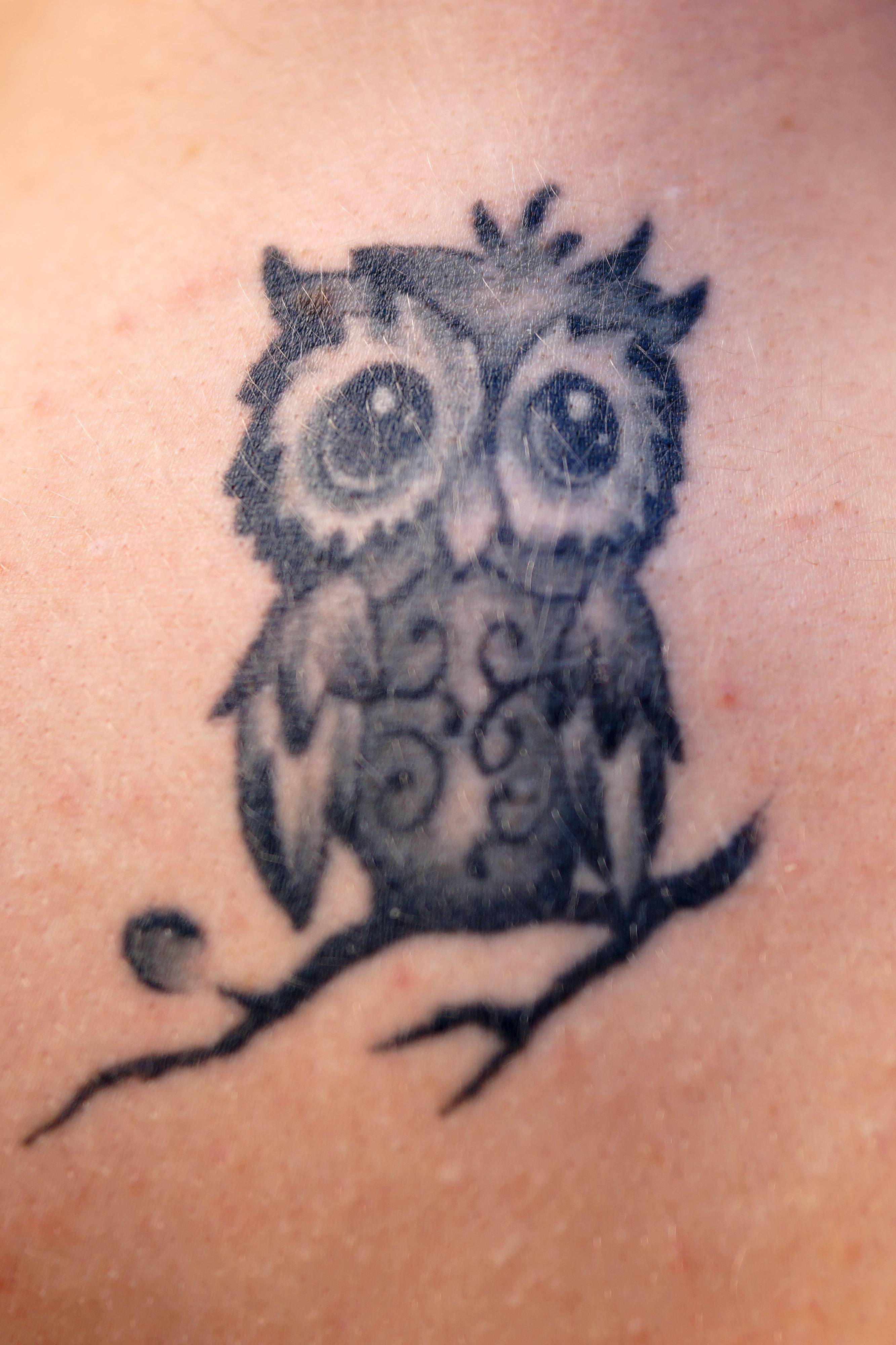 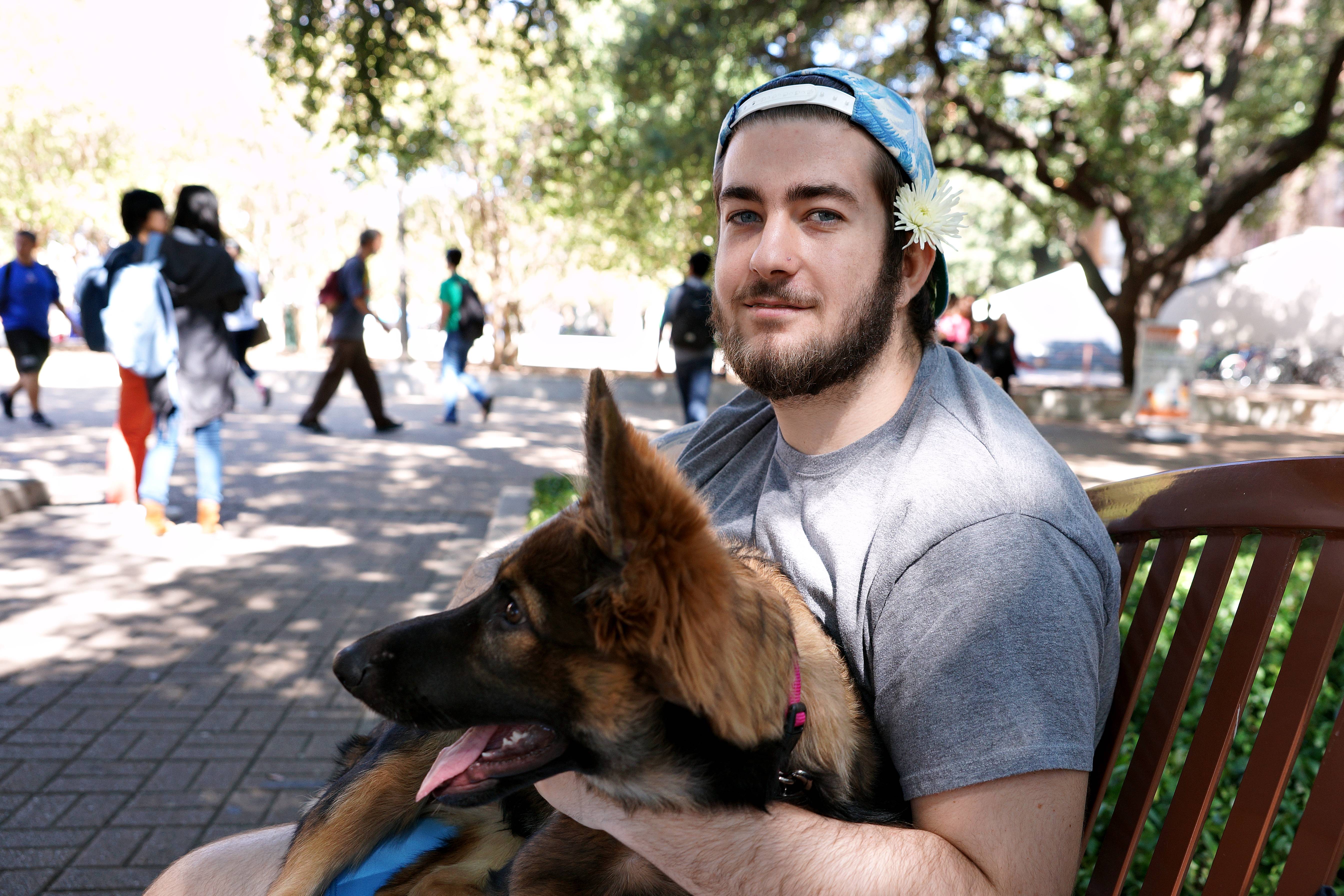 “It’s my most aesthetically pleasing tattoo to me,” Hanson said. “I thought the work looked really cool, so I got it. It’s like art to me.”

Hanson got his gear — his third tattoo — done two summers ago in Florida. Hanson said his tattoos are more pieces of art than representations of life events, but sees where that sentiment comes from. 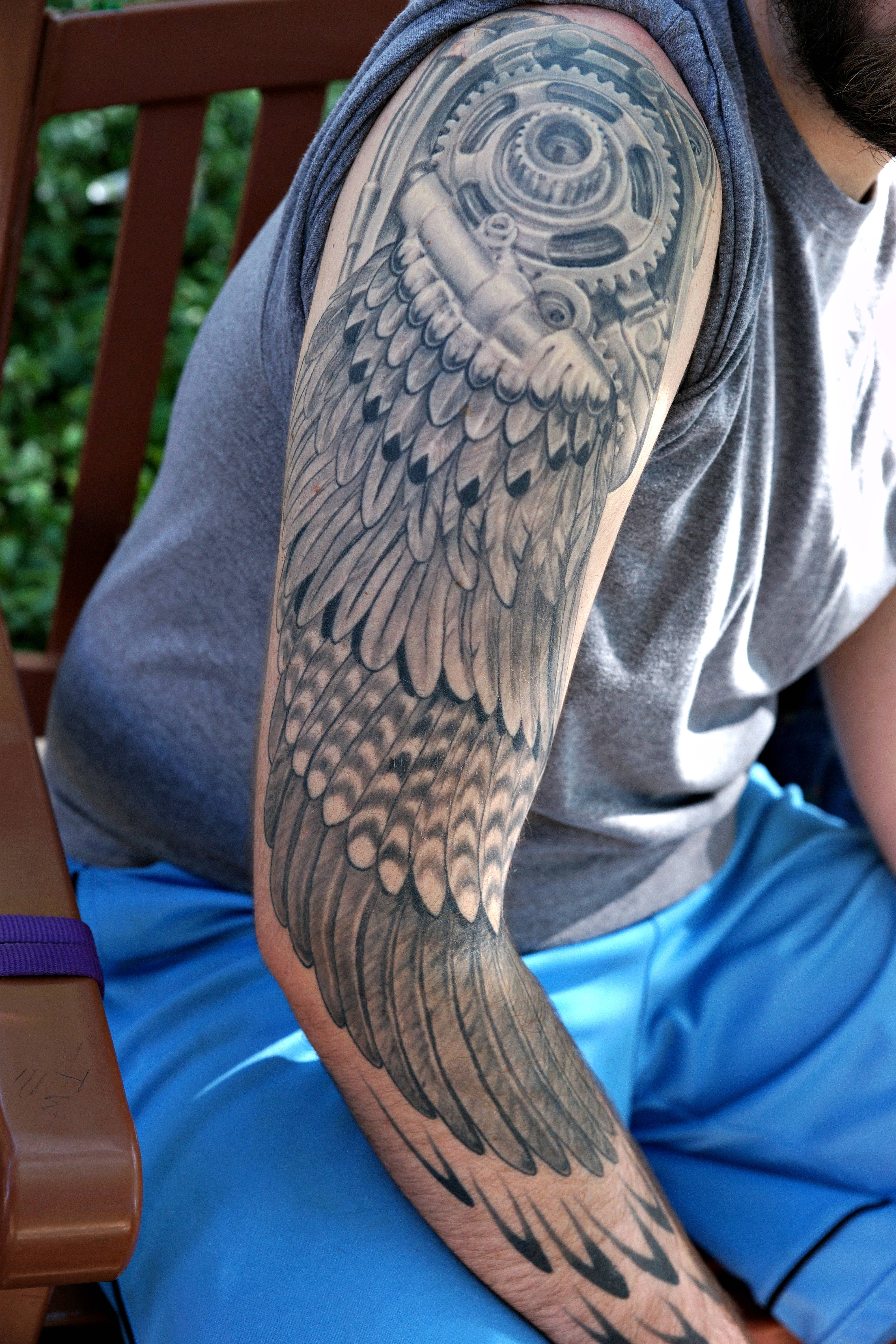 The Roman numerals on rhetoric and writing junior Gigi’s left arm represent her and her husband’s wedding anniversary. She said they got married on January 29th two years ago.

“We met in high school and dated off and on,” Gigi said. “I said, ‘Hey, for our anniversary, do you want to get married?’ and he said, “Yeah.’ It was a mutual thing.” 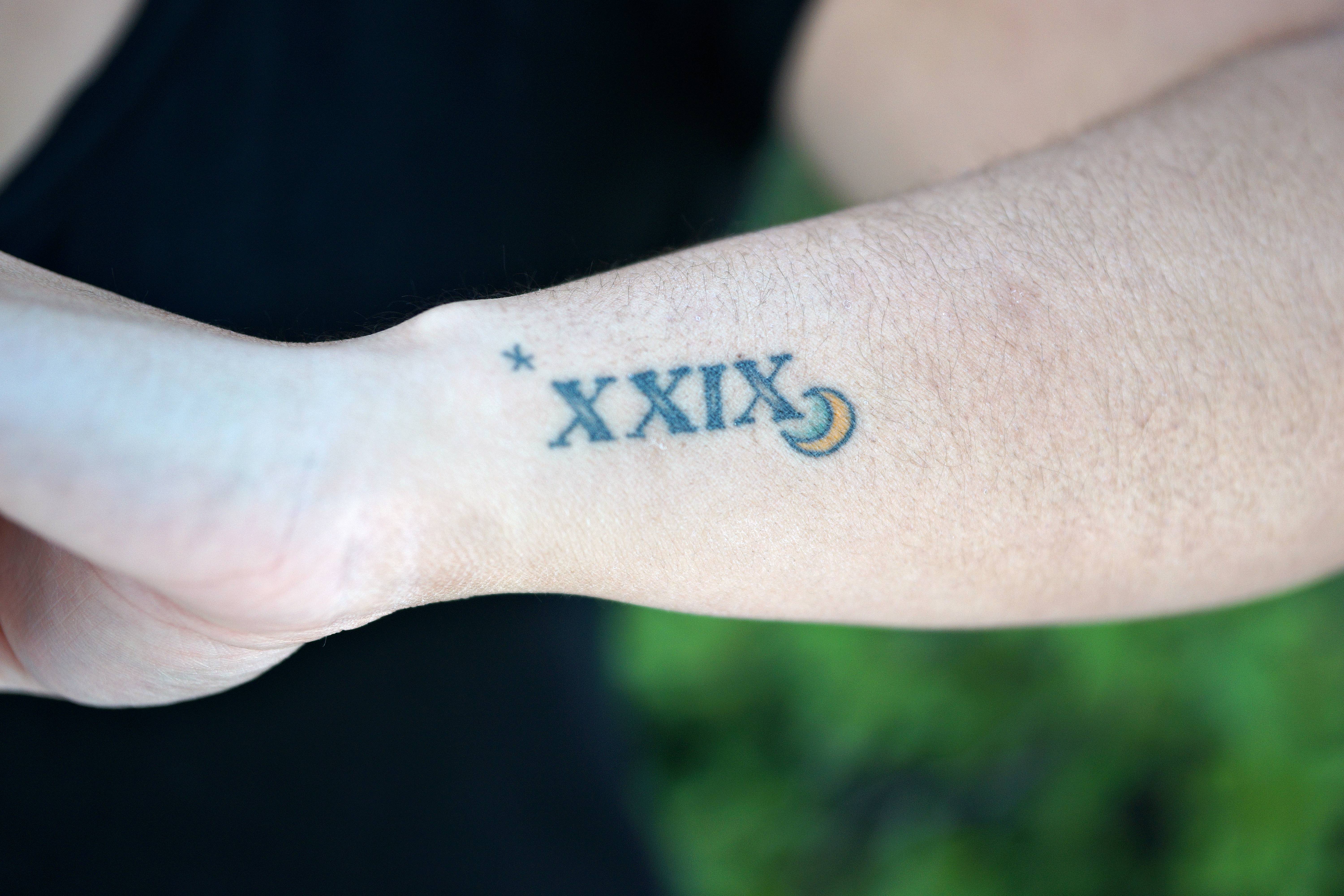 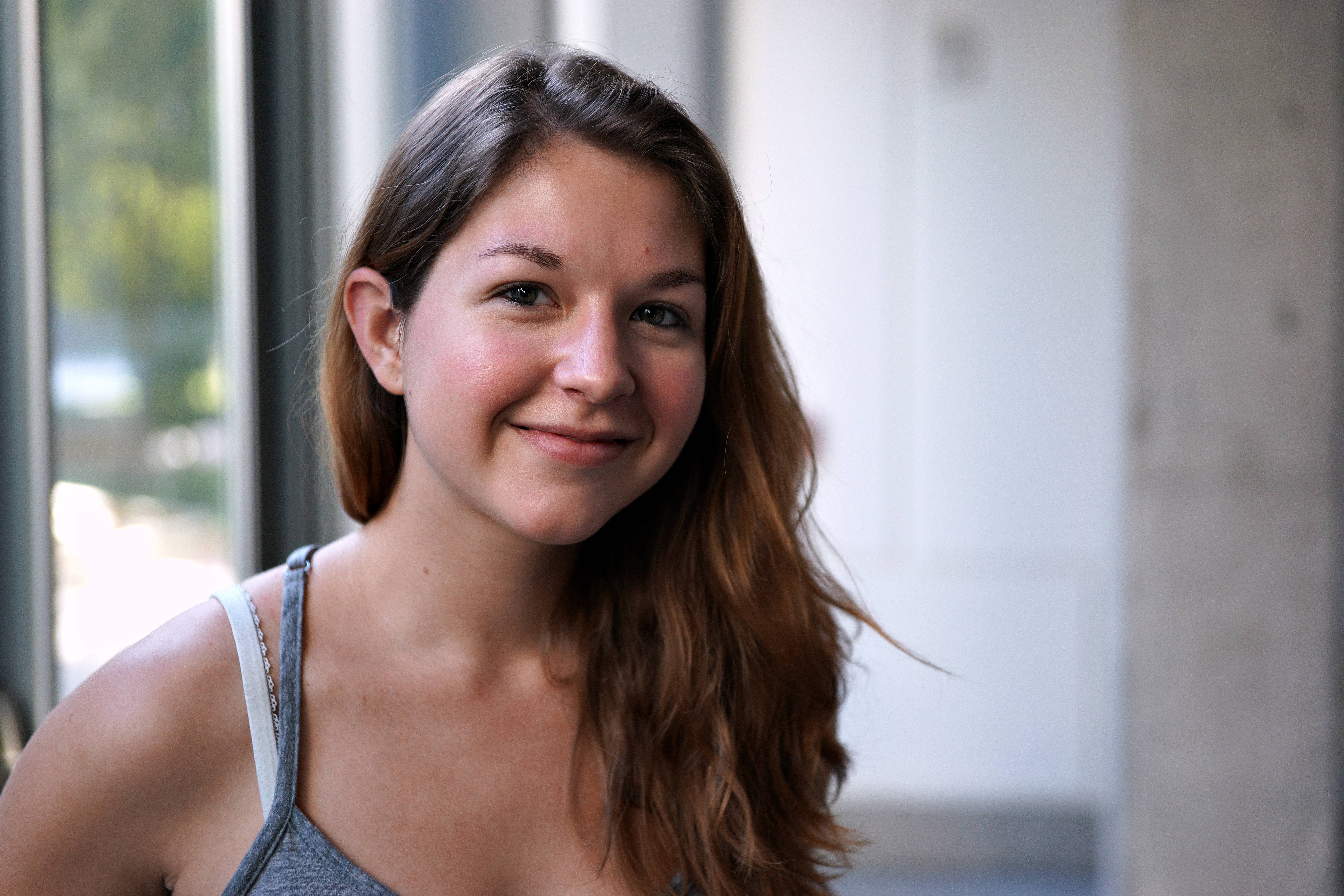 Math senior Kylie Chesser has tattoos all over her body. She calls them “nerd stamps” because a lot of them have to do with geek culture such as fantasy fiction and video games. The tattoo on her neck is “Lord of the Rings”-themed and symbolizes a lifelong friendship.

“[The tattoo] matches the one my best friend has,” Chesser said. “It means the most to me because we don’t talk that much anymore, and it’s a reminder that there will be someone there for me through thick and thin even though we may not be in touch.”

Chesser got the tattoo on her 18th birthday, when her friend surprised her with a nice dinner and a spontaneous tattoo outing.

“The tattoo was a symbol that we used to put at the bottom of our notes that we passed in high school,” Chesser said. “It is actually a spinoff of the ‘Lord of the Rings’ because we were really into fantasy fiction like ‘Lord of the Rings’ and ‘Harry Potter.’ We wanted to commemorate all our time together.” 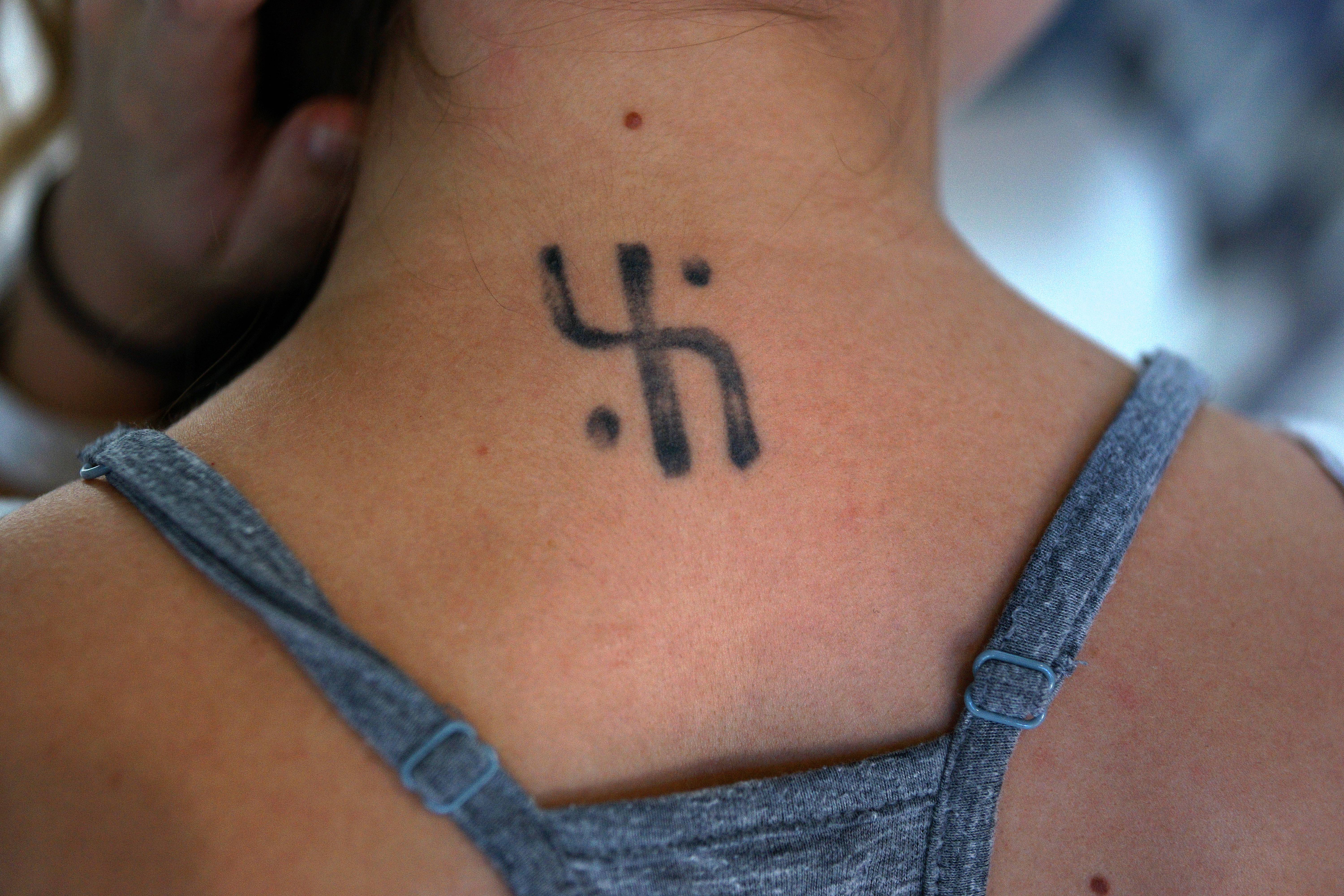