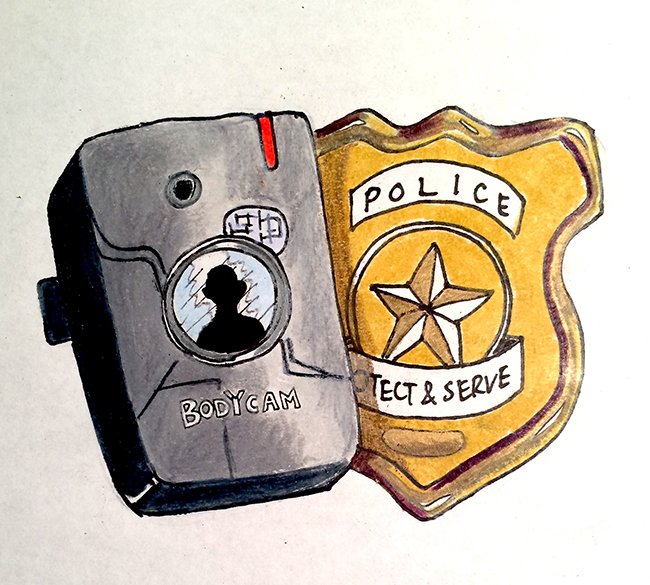 Imagine that you are stopped by a police officer on an empty street. You feel intimidated — maybe because you are Black and he is white or you are a woman and he is a man. But how intimidated would you feel if he had a body camera keeping track of your interaction?

Both campus and city residents may soon be answering this question. The University of Texas Police Department is currently testing body cameras for its officers, and Austin Mayor Steve Adler wants officers in the Austin Police Department to start wearing them in 2016. While the body camera programs for both departments are still in their early stages, it’s clear that they aren’t just lip service, which is great news for Austin residents.

The public’s and campus’s desire for body cameras began after a string of highly publicized interactions with police hit the news, including one in Texas involving Sandra Bland and one involving a group of teenagers in McKinney. The aftermath of these incidents was confusing because accounts from witnesses tended to differ and change.

This is a problem, and police officers need to be held accountable for inconsistent reports. One way of doing this is to give them body cameras. An officer is much less likely to harass someone or treat them with prejudice when he has a camera on his person that is recording the interactions he has with citizens. People can talk to police and feel safer knowing that they have more than just one person who will know about the conversation.

Body cameras also have ways of helping the police themselves. If someone tries to falsely accuse a police officer of harassment or violence, then the police officer can show footage from the camera to prove that they are innocent. Also, if details of an interaction are being disputed or if officers need to go back and review part of a confrontation, they can do so easily and get the footage they need.

Overall, however, the benefits of body cameras far outweigh their potential costs. In an age where many Americans feel distrustful of the police, these cameras could go a long way toward restoring the sense of trust that should exist between officers and the citizens they protect. And on a dark and empty street, they could make those same citizens feel a whole lot safer.

Dolan is a journalism sophomore from Abilene.