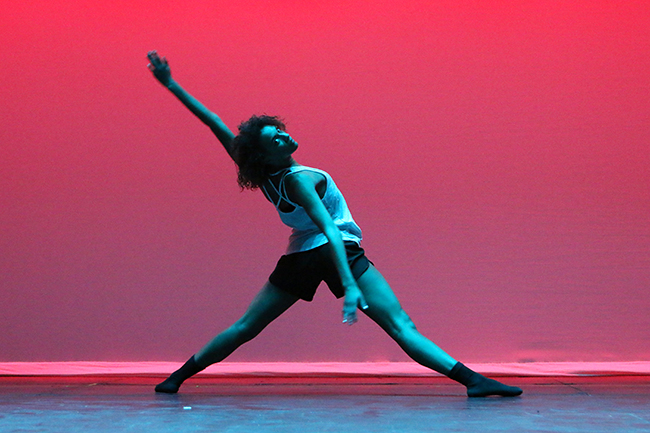 Dancers, comedians and singers will perform in a display of black talent as part of the African-American Culture Committee’s (AACC) annual “Culture Shock” showcase in the Hogg Auditorium Friday evening.

According to an accountability report released in January, African-Americans make up just 3.9 percent of the UT student population compared to 45.1 percent for whites. AACC Chair Kristin Braye, who helped organize the event, said events such as the annual “Culture Shock” showcase can help better promote black culture on campus.

“For the person outside looking into the black community, maybe they don’t know what all areas are within the African diaspora and what all talents and abilities fall within,” Braye said. “Someone can come here — and maybe they’re unfamiliar to things that pertain to the black community — and they get to see what’s dear to us and what is special to us.”

Braye, a human development and family sciences junior, said the lack of representation on campus keeps issues such as affordable housing and the recent arson in the Malcolm X Lounge from being brought to light.

“I will say that the black community at UT, even though we are at 3.9 percent, we are a very strong community,” Braye said. “When things happen, domestically, that’s the time we come together the most.”

Public health sophomore Chioma Ujari, a step performer in the showcase, said “Culture Shock” is a place where a diverse selection of talents can be showcased to increase black representation on campus.

“I feel it’s really important for us to do as much as we possibly can to show that we are a presence on campus and that we are a strong presence,” Ujari said. “Even though there’s a small amount of us, we can still do stuff.”

Undergraduate studies sophomore Guadalupe Robledo said he’s excited to see the showcase because he believes events like “Culture Shock” are necessary in order to promote black culture to the rest of the campus.

“It’s a good thing to become aware of other cultures and to gain some diversity,” Robledo said. “I think it’s cool that they’re showcasing different performances that represent them and their culture.”

“Culture Shock” starts at 7 p.m. Friday in the Hogg Auditorium and is free to all students with a UT ID.