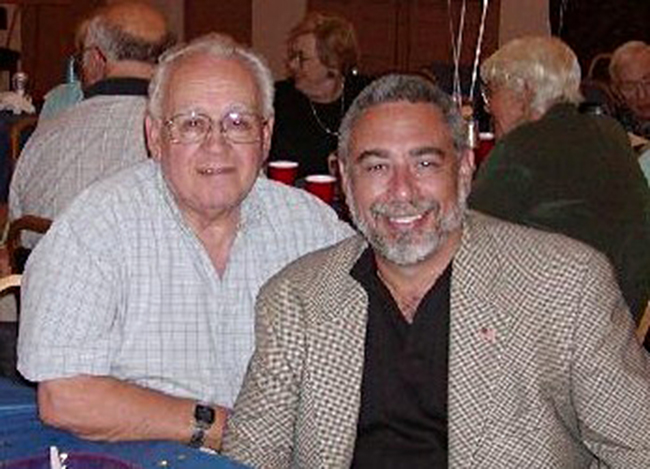 Sixty-five percent of 17,000 pet euthanasias that occur in the U.S. each day are performed because of financial reasons, according to Alan Abrams, CEO and co-founder of the Steve Abrams Memorial Foundation.

The Steve Abrams Memorial Foundation, also known as Petsavers, Inc., is a nonprofit organization that provides grants to pet owners so they may treat their sick and injured pets that would otherwise be euthanized due to financial restrictions.

Petsavers, Inc. was founded in memory of Steve Abrams, father of Alan Abrams and grandfather of Zac Abrams, co-founder and Foundation President. Steve Abrams was a veterinarian in Los Angeles for 55 years and was known for never euthanizing an animal, despite any financial constraints, according to Zac Abrams.

“My grandfather was the greatest person I ever knew,” Zac Abrams said. “Even people who met him for 30 seconds remember him. If he had the opportunity to start this foundation himself, he would have.”

According to Alan Abrams, the foundation’s expansion happened much more swiftly than their team expected. When they launched in June, Petsavers, Inc. quickly garnered national attention.

“Social media is a huge part of today’s society,” Melinda Mooney, the foundation’s social media director, said. “Every time a follower on Facebook or Twitter likes or shares one of our posts, we are able to reach out to more people. Social media has really helped drive the business forward.”

Donations to the foundation can be made through their website in any amount. Individual donations are strictly used for grants, while sponsor donations keep the foundations’ operations running. Alan and Zac Abrams said they feel there is an inherent need for this kind of organization in today’s society.

“I’d rather have 1,000 people donate $10 than have one person donate $1,000,” Alan Abrams said. “Even small amounts can take care of an animals’ pain medicine. Telling someone that we can save their best friend is more important than anything else we do.”