Affirmative action likely to be struck down 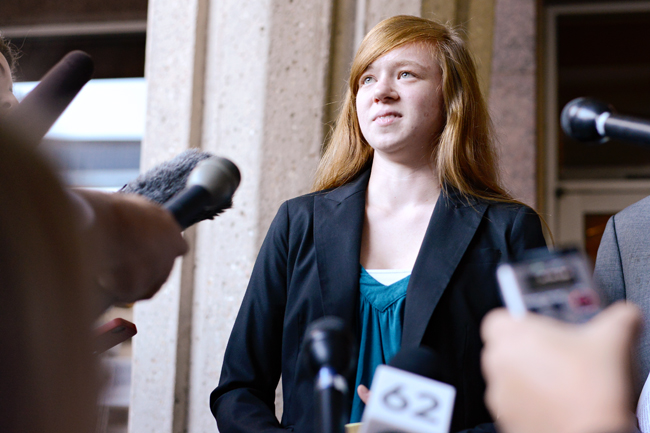 With the Supreme Court hearing oral arguments on Fisher v. Texas this December, UT’s affirmative action policy is likely to be struck down as early as next year. The U.S. Supreme Court has nine justices and a majority opinion will require at least five votes. In Fisher v. Texas, however, instead of nine justices, only eight justices will vote, as Justice Elena Kagan has recused herself. In a 4-4 split, the ruling from the Court of Appeals would stand and UT would prevail. But a 4-4 split is less likely than a 5-3 decision against UT, based on the justices’ past voting records.

Some might question whether Chief Justice Roberts will once again vote with the liberal justices like he did in NFIB v. Sebelius — the Obamacare case — but his past voting records indicate that this is extremely unlikely. Roberts famously wrote in a 2007 opinion that “the way to stop discrimination on the basis of race is to stop discriminating on the basis of race.” Government lecturer Alan Sager said his “guess is that Roberts has not moved permanently farther toward the left side of the court.” Thus, though there is a minuscule possibility that Roberts will vote with the liberals.
Law professor Lino Graglia, the A.W. Walker Centennial Chair in Law, said he believes the decision will turn on Justice Kennedy.

Kennedy is conservative on some issues and liberal on others. His past voting records indicate that he is against affirmative action. In Grutter v. Bollinger, which allows affirmative action for diversity, Kennedy voted with the conservative dissent. Graglia pointed out that in Ricci v. DeStefano, which concerned workplace affirmative action, “Kennedy wrote a very strong opinion holding that the New Haven Fire Department cannot invalidate the promotion test because none of the black firefighters scored high enough to be promoted.”

Additionally, it has been reported that Kennedy and the four conservative justices were ready to rule against UT in 2013, but compromised in sending the case down to the Court of Appeals to apply strict scrutiny. That the Supreme Court took the case up again indicates they did not agree with the ruling of the Court of Appeals. Graglia said he believes the probability of striking down affirmative action is “better than 50-50, but the ruling might not be clear-cut.”

If the justices rule consistently with their prior voting records, affirmative action will be struck down.

Hung is a second year law student from Brownsville.