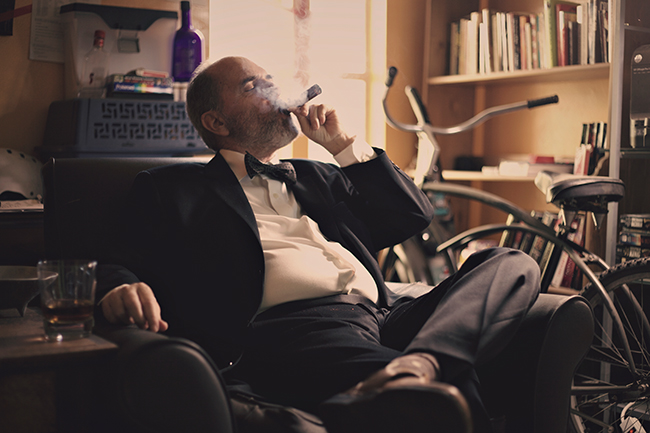 For eight years, a man meticulously planned the heist of a $6 million violin. He stalked the violin’s owner for years, only to tase him in a parking lot outside of a symphony and wind up in cuffs eight days later.

The violin theft is the subject of Los Angeles production company Fourth City’s new short film, “The Lipiński.” UT alumni Cadie Carroll and Hayes Beyersdorfer co-founded Fourth City Productions on Oct. 12. “The Lipiński,” the company’s first big project, will enter production in November and will be released by Dec. 31 at a museum of musical instruments in Phoenix, Arizona, showcasing Stradivarius violins.

Beyersdorfer first got the idea for “The Lipiński” when he read a Vanity Fair article about Salah Salahdyn, the man who stole the $6 million violin.  Beyersdorfer and Reed brought the idea of developing the article into a short film to director Nate Townsend.

“[Beyersdorfer] brought the story to me and we have a similar sense of humor,” Reed said. “The most fascinating thing was that in [Salahdyn’s] mind, he had pulled off this great heist and there’s humor in that.”

In addition to “The Lipiński,” Fourth City has produced a music video for composer Roberto Murguia and a commercial for a product similar to Fitbit, called Bio Bracelet. Screenwriter Oliver Reed orchestrated a meet up with Townsend and Beyersdorfer where the three of them realized they were all in Los Angeles to pursue film. They then decided to do work under one umbrella and created Fourth City.

“We want to work  together as much as possible,” Beyersdorfer said. “Everyone has settled into a roll and stepped up to do whatever is needed. It’s very much a team mentality, and everyone is on the same page otherwise we don’t do it.”

The film depicts the heist of the 300-year-old violin. However, the rest of the film has been fictionalized in developing the main character, played by Jack Kehler, where Reed said most of the humor is found.

“He stalked this violinist for almost a decade,” Reed said. “He knew everything about him and when push came to shove he just followed him to his car and tased him. His ego was totally unassailable and he wanted to get caught so everyone would know him as a great criminal.”

Cadie Carroll, Fourth City’s marketing director, always had a love for film and knew she could use her writing abilities to contribute to Fourth City. Carroll overcame her insecurities by using her knowledge of media platforms such as Twitter and Facebook to help raise funds for the film.

“It’s motivating to be surrounded by so much talent,” Carroll said. “It makes me want to do everything I can for the film because I’m surrounded by people who are so good at their job.”

Beyersdorfer said he hopes people will see the quality of work in the short film and give Fourth City a larger budget to create a feature film in the future. So far, Beyersdorfer said they’re open to new ideas and stories that inspire them.

“‘The Lipiński’ is a black comedy, and those are important,” Hayden said. “They poke fun at taboo topics that people wouldn’t talk about otherwise. If someone watches our film and it sparks an interest for them in violins or film or comedy, then we’ve accomplished something.”