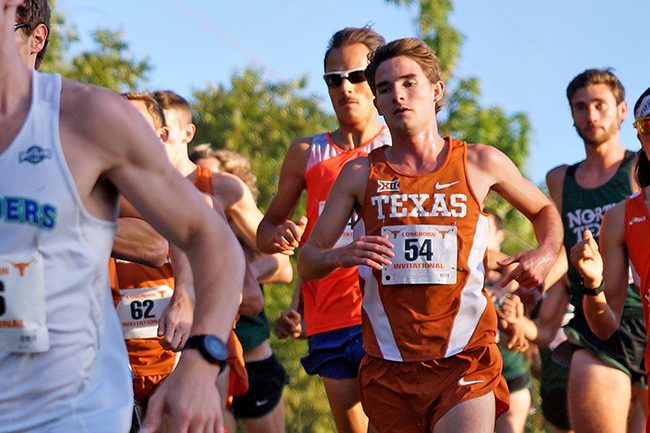 “For the women’s race, it’s a little more of what you see is what you get,” Herbster said. “Everybody just goes after it from the gate.”

But Herbster expects something different from the men this weekend. As the team faces perennial contenders like Colorado and Oklahoma State, he says Texas will need to mix it up.

The women will open their 6K at 10 a.m. Saturday in Stillwater. The men will follow with an 8K course, looking to challenge OSU in its pursuit of an eighth straight championship. On the women’s side, No. 11 Iowa State chases its fifth straight conference title.

Herbster said he thinks the 10-team pool will favor the Longhorns. In its last meet, Texas competed against 44 teams.

“We have a lot of odds stacked up against us, a lot of tough competition,” Hendrickson said. “But the season has been going well and as a team we’ve grown together. We’ve shown throughout the year that we can hang with some of the best.”

“Going into this big meet, we have a plan of placing as many of our runners as we can to the top 15,” Cruz said. “And being that we have that many girls that it’s possible for, I have a feeling we can actually win this meet.”

Herbster said he reminds his players what they’re competing for.