Sensitivity towards cultural appropriation has gone too far 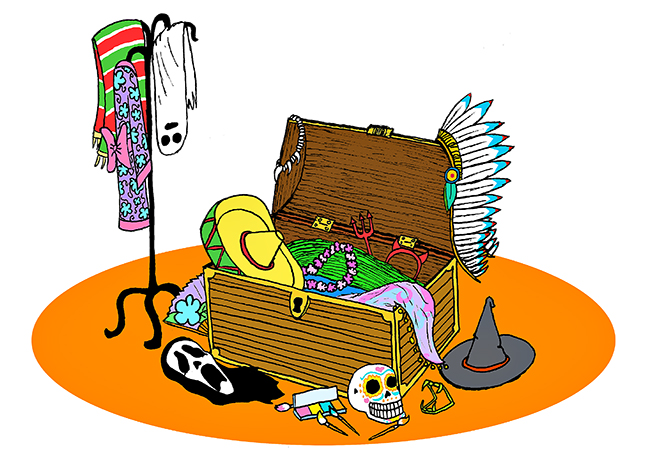 Editor's note: This is one viewpoint of a point-counterpoint series. To read the other side, click here.

Social justice warriors championing cultural sensitivity are going to be closely examining costumes this weekend, and will decide what is or is not appropriate for people to wear. Their strict rubric implies that any costume has the potential to be appropriating themes or practices from other cultures.

Cultural appropriation is known as when people take themes and practices out of context from other cultures, without knowing the historical and social implications of them. Many find this offensive because they believe those “appropriating” do not have to deal with the difficult parts of being a member of that culture.

However, cultural appropriation is a term that can be taken too far. It can easily promote the absurd notion that people from different cultures should never borrow, adopt or exchange anything between themselves. It is an exclusionary practice that prohibits any form of cultural exchange or cultural appreciation, satirically or otherwise, on the off chance that somebody, somewhere, might be offended.

Spirit Halloween store sells costumes of Native American garb. While it is imitating traditional Native American clothing, whoever wears it is not assuming the entire identity. They might be sexualized or classless, but these costumes do not undermine Native American history or culture.

A fraternity last year held a “border patrol” themed party that was greeted with outrage by Latinos and non-Latinos alike due to its potentially racist and culturally appropriating practices. Being Hispanic myself I was not offended by this event, nor did I believe that they were appropriating my culture. I find it more infuriating that people would assume my culture and identity can actually be threatened by a fraternity dressing up in sombreros and throwing a party.

The fundamental problem with this criticism is that if we start to decide what is or isn’t ok for people to wear, we invite a social climate where nothing will ever be completely appropriate. In regards to the argument that one cannot “put on” an ethnicity like a costume: I know you can’t, nor do I think you are when you put on a simple costume, regardless of intention.

I would not find somebody dressing up as a mariachi or a luchador to be offensive, let alone as “appropriating” an entire culture. I would never presume to impose such stringent restrictions on Halloween, dictating what people can or cannot wear. Halloween costumes can be distasteful, but they don’t have the power to undermine entire cultures and identities.