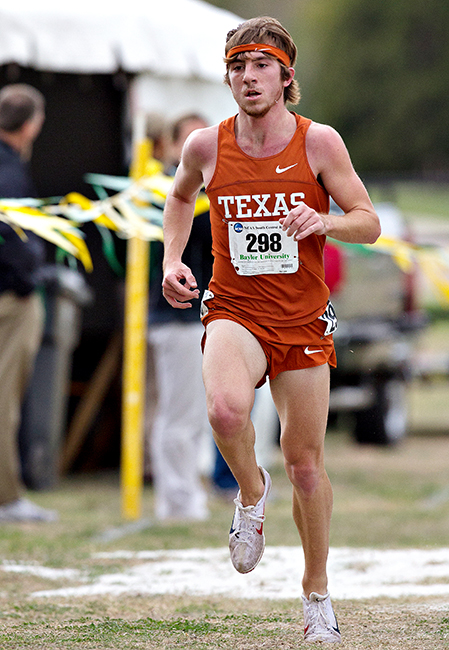 Craig Lutz no longer pushes himself to the limit in preparation for the NCAA Championships. Instead, the Texas graduate now adheres to a strict training regimen with different aims — he wants to best the 28-minute mark in order to make the 2016 Olympic Trials.

Lutz was a four-time All-American in cross country and track at Texas from 2011–2015. Now, he runs with his professional teammates in Flagstaff, Arizona, as a member of the Northern Arizona Elite. His college accolades gave him this opportunity, butLutz didn’t always imagine himself competing in burnt orange.

“Texas was not in my top five,” Lutz said. “In fact, Texas wasn’t even one of my considerations at all.”

Lutz said his in-state reputation helped him attract Texas recruiters. He won the Texas Gatorade Runner of the Year award in 2010 and 2011 while at Marcus High School in Flower Mound, Texas.

It didn’t take long for Lutz to burst onto the national scene. As a freshman at Texas, he became the 17th Longhorn in school history to earn All-American honors by finishing 33rd at the NCAA Cross Country Championships in 2011.

Lutz’s most memorable moment occurred in his sophomore campaign. He didn’t expect much at the NCAA Outdoor Championships after struggling at the regional meet two weeks earlier. But he came through at nationals, claiming a third overall finish and the second-best 10,000-meter time in school history. Hayes encouraged him.

“Coach [Hayes] just told me to run smart and understand that I am a better runner than I believed,” Lutz said. “I just wanted to race my hardest and be happy knowing I gave it my all.”

Coming off the best race of his career, Lutz’s time at Texas took an unprecedented turn when Hayes left the program in 2013. Clemson’s Brad Herbster replaced him.

“When I heard about the hiring of Herbster, I was skeptical and even tried to leave Texas,” Lutz said. “I felt that everything I had worked for over the first two years of my collegiate career was going to be lost.”

“After deciding to not fight it and stay on the team, I was pleasantly surprised,” Lutz said. “Herbster ended up helping me learn more things about myself and what running means to me than I could have ever dreamed.”

Even though Herbster was new to the program, he said he didn’t wait to give Lutz advice.

“Even the best athletes in the world need some kind of guidance,” Herbster said. “Craig and I worked well together in making sure he knew that he had some things to work on.”

Combining Lutz’s skill with Herbster’s guidance helped Lutz set personal records in his senior season at every distance, from 1,500 meters to
10,000 meters.

“I’d like to see [Lutz] place in the top five at the Olympic Trials to solidify himself as one of the best distance runners in the U.S.,” Herbster said. “I think he can grit it out and surprise a lot of people.”