Biology sophomore Alisha Denson got two roses tattooed on her left shoulder after graduating high school. She said they don’t have a specific meaning, but she wanted something that fit her personality.

“I wanted the first one because I’m really girly, but I wanted to look tough,” Denson said. “I got a rose and decided it wasn’t enough, so I got another one.”

Denson said she thinks the tattoo might come to represent a significant event later on in her life but for the moment enjoys it mostly for the artistic value.

“Even if it doesn’t have meaning, it’s going to be on your body for the rest of your life,” Denson said. “The tattoo artist will draw the work up for you, so make sure you like the drawing. You tell the artist you want something, and every artists is going to interpret it in a different way.” 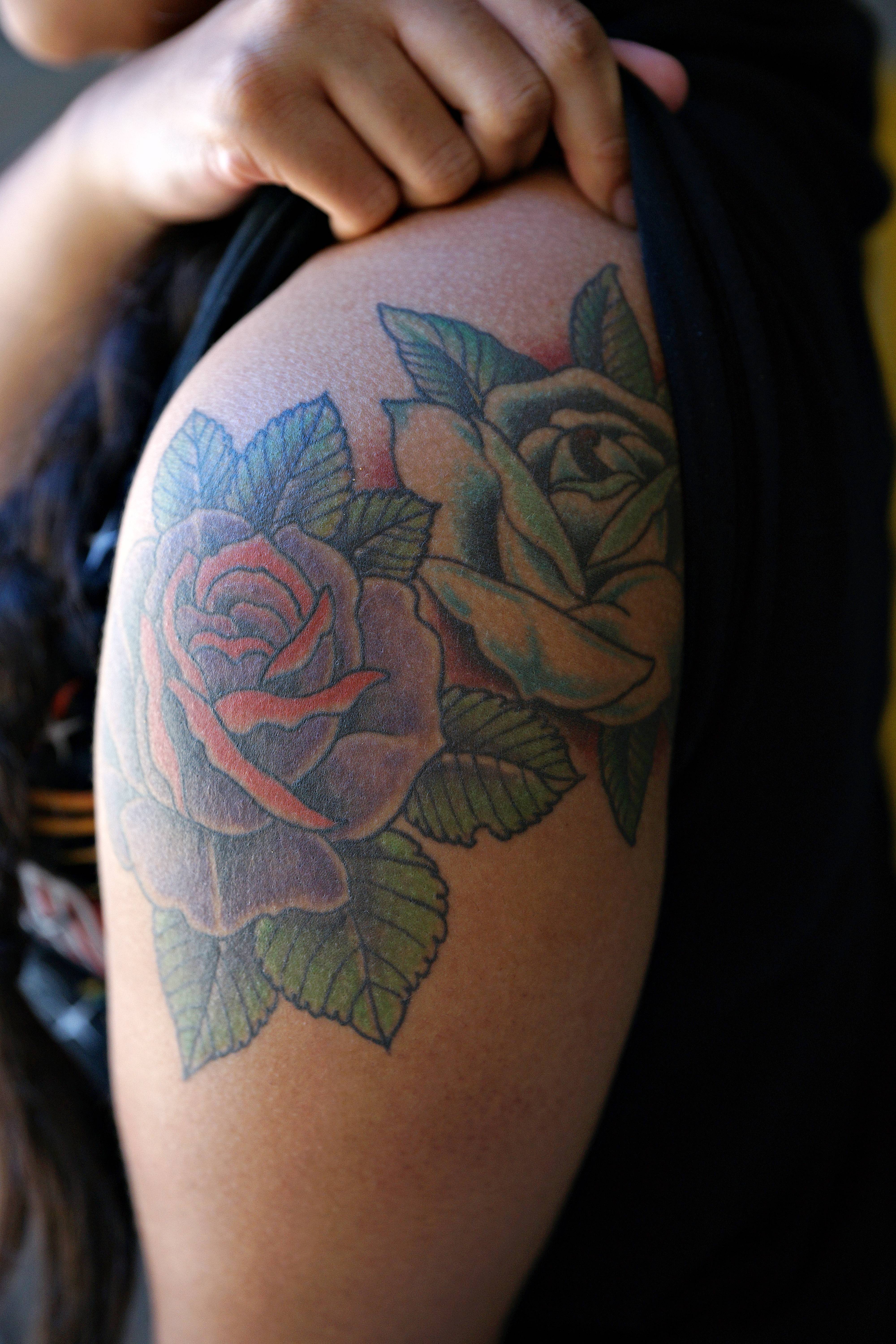 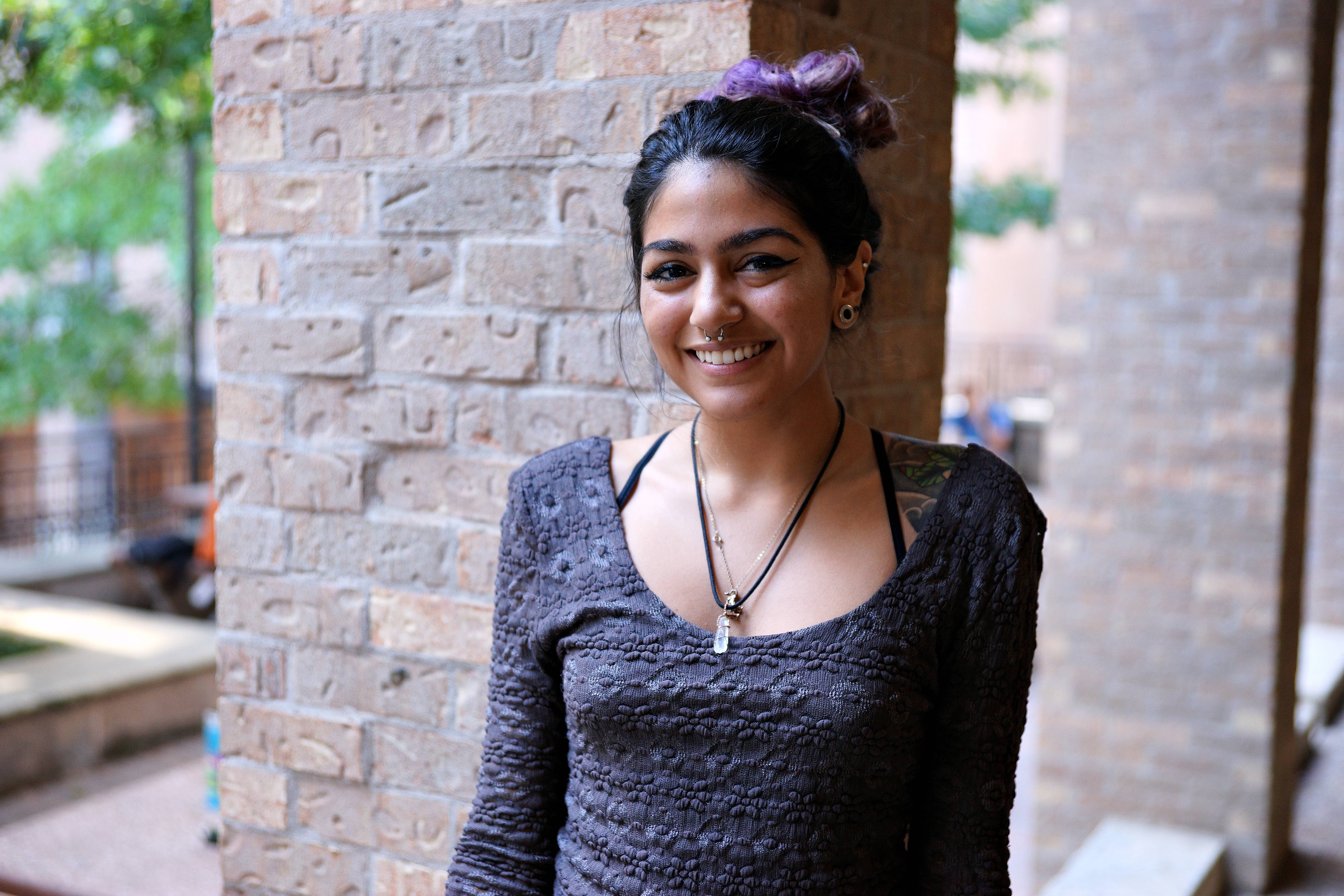 Interior design sophomore Alex Koshy’s good friend drew the moon tattooed on her left arm. The tattoo, which was her first, became part of a larger work that also features flowers, feathers and a dog’s face.

“It’s more of an art thing,” Koshy said. “I appreciated its beauty, but I’ve started to pinpoint the meaning. The moon has phases, and I kinda go with those phases.”

The flowers and dog face represent her grandparents and her best friend, a Great Dane named Grace.

“It was really sad leaving the dog at home,” Koshy said. “I have had her since I was in sixth grade. One time I woke up from a dream, and she had been hurt. I had my mom send me a picture to make sure she was okay.” 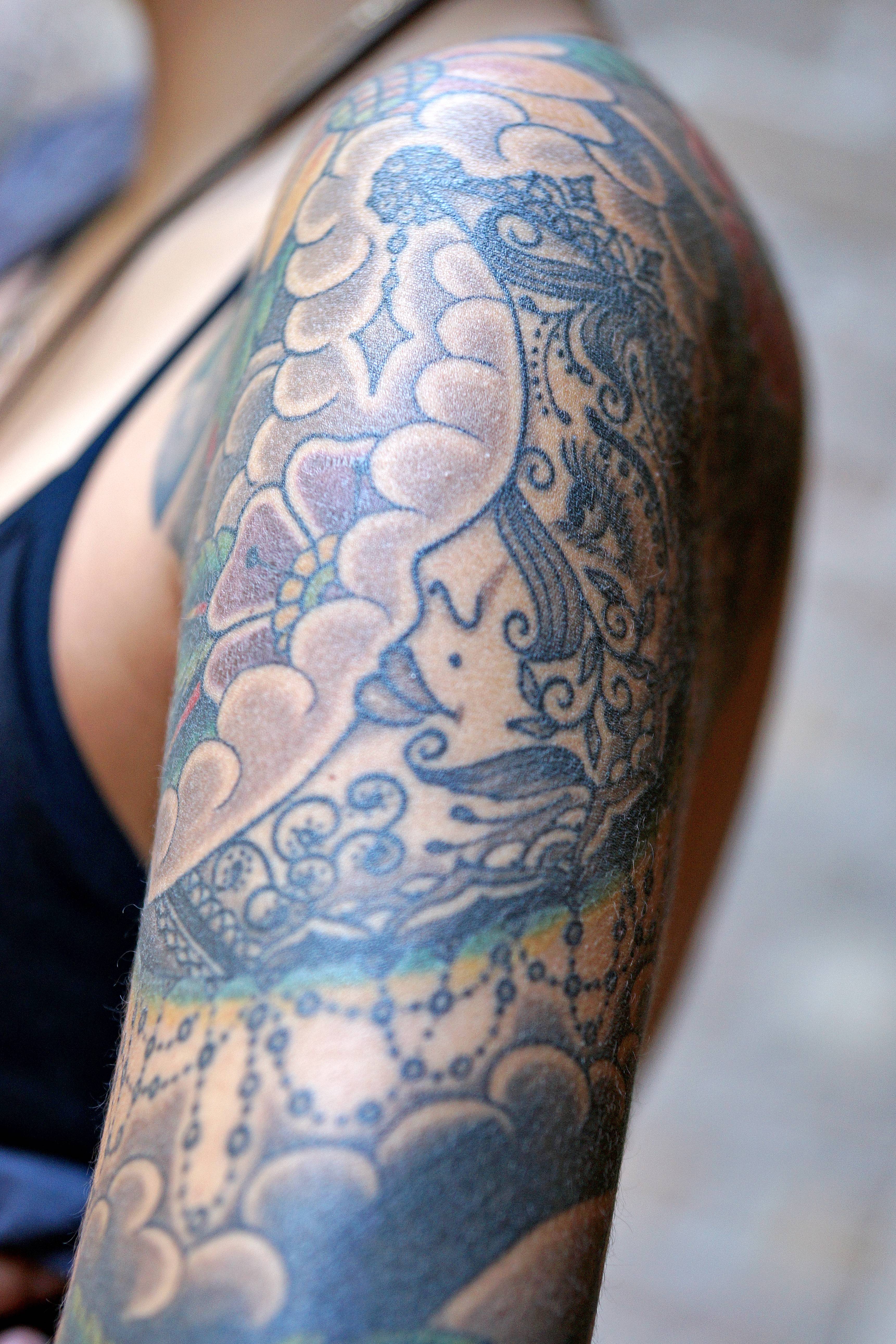