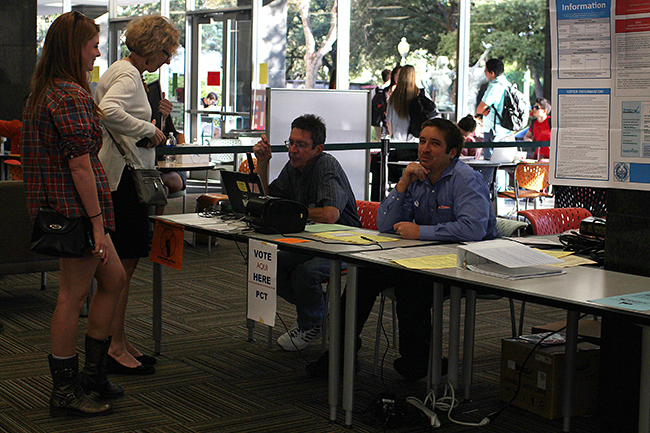 Yesterday’s elections in Texas featured seven proposed constitutional amendments, as well as a competitive mayoral race and a controversial ballot measure in America’s fourth-largest city, Houston. Yet in the end, apathy carried the night.

What’s more troubling is that lawmakers refuse to acknowledge, much less address, the democratic deficit created by off-year elections. A successful representative democracy should not govern according to the whims of less than a tenth of its public — especially not when there are so many paths through which to eliminate the problem.

The simplest solution is to consolidate elections. If local races coincided with more prominent elections for state and federal officeholders, more voters would make their voices heard. Research conducted by political scientist Sarah Anzia of the University of California has demonstrated that not only does the public overwhelmingly support such a change, but organized interest groups that entrench their power through low-turnout elections oppose it.

Switching to mail-in ballots would also help increase voter participation. Oregon and Washington both regularly boast higher turnouts than the rest of the country, while Utah is expecting a record turnout after switching to a mail-in ballot for last night’s local elections.

But while changes in voting procedure can help combat voter apathy, they do not excuse that apathy, especially given the significance of yesterday’s votes. In left-leaning Houston, for instance, the Houston Equal Rights Ordinance (HERO) was decisively shot down. The proposition would have granted a wide array of nondiscrimination protections, but its opponents doubled down on a measure that would have allowed transgender individuals to use public restrooms according to their gender identity.

Statewide, the passage of Proposition 3 deals a major blow to government accountability. The measure allows high-ranking public officials to live outside of Travis County. Essentially, that gives them the right to choose which district court would try them in case of an indictment. That’s not an uncommon event, as demonstrated by Attorney General Ken Paxton and former Governor Rick Perry.

A more representative voter turnout could have prevented these travesties. But by failing to create an environment conducive to strong participation, the state government deserves a large share of the blame.