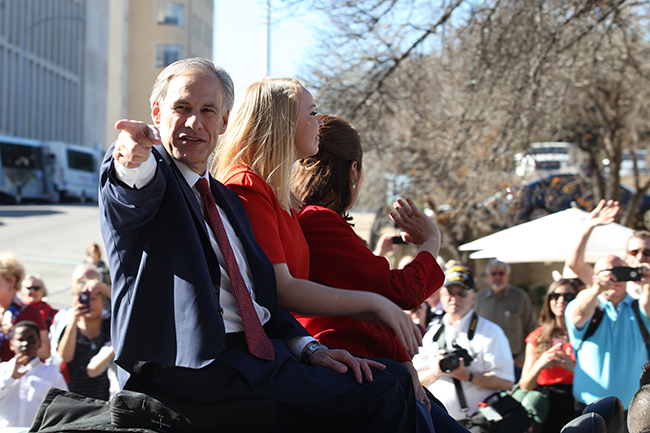 Last week, http://abc13.com/education/katy-isd-siding-with-teacher-after-god-question-claims/1056077/, a seventh-grader from Katy, Texas, claimed she was forced to admit that “God is not real” in the classroom of her public junior high school. Governor Greg Abbott immediately took the opportunity to side with the seventh-grader and proceeded to invite her to the Governor’s Mansion, labeling her as “Texas tough” and expressing his pride for her via Twitter. Abbott continuously brings religion into the Texas government ­— whether through rhetoric or actual policy preferences — even though, constitutionally, it does not belong.

The governor was quick to tweet about her “unyielding commitment to God,” heroizing the girl who later was found to have sensationalized the situation. Investigators found Wooley was not forced to deny her belief in God and was not told she would fail the assignment if she did not proclaim so. The teacher — a devout Christian herself — simply said the statement was a commonplace assertion; she was not asking Wooley to denounce her faith. Regardless, Governor Abbott was not going to pass up an opportunity to wrongly associate Texas values strictly with Christianity.

The Texas government, in particular, often adopts an ethnocentric religious view. Greg Abbott and Texas Attorney General Ken Paxton have both repeatedly attempted to use religion to influence policy, specifically by denying rights to the LGBT community. Constituents are not always Christian, and this fact is often ignored.

Essentially, Abbott walks a fine line in regards to separation of church and state. It is hypocritical for Abbott, an ardent supporter of the U.S. Constitution, to continuously try to incorporate religion into government. Even though many of his religiously based policies have not become law, the principle of outwardly speaking of such reasoning for policies is worrisome.

Mathematics freshman Juan Lozano argues that while Christianity does have a “cultural power” in the U.S., Abbott uses it “to further the entanglement of church and state,” even though the concept has continuously been shut down by the Supreme Court.

Government freshman Priyanka Mara also thinks Abbott entangles church and state into the political structure and said she believes Abbott has a tendency to selectively choose which aspects of the Constitution to enforce, especially in the case of religion.

“He is for religious liberty if the religion is Christianity,” Mara said.

Members of the Texas government should not bring religion into office. In a country where freedom of religion is guaranteed, it is paradoxical to institute religious policy. The hypocrisy often present within the state government is not beneficial to the citizens of Texas, nor the reputation of our political structure.