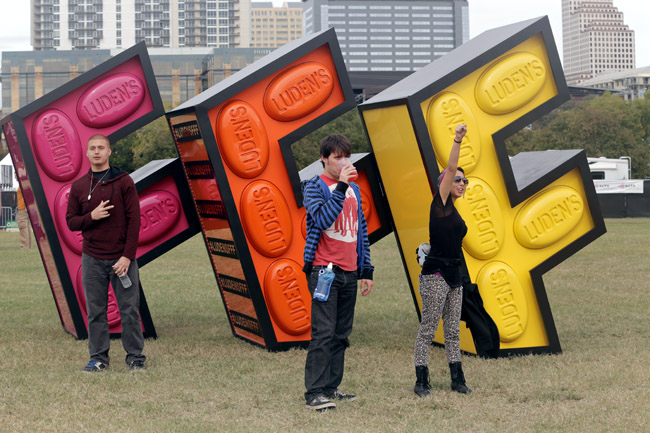 At a specially called City Council meeting on Oct. 22, the Council approved an exemption to the city’s parks smoking ban for Fun Fun Fun Fest.

The festival is held annually at Auditorium Shores park. In compliance with city code 10-6-2, smoking is not permitted in any city parks. As part of code 10-6-3-11A, however, the City Council has the power to offer “temporary designated smoking areas in a park for special events.” The Council voted to approve the exemption nine-to-one, with councilwoman Sheri Gallo voting no and councilwoman Ellen Troxclair off the dais.

Despite the majority of council members voting to approve the exemption, many still raised issue about the health concerns for people allowed to smoke at the festival. Councilman Don Zimmerman said he is against smoking in general but does not think the government has authority to make health decisions for individuals.

“I was against the [smoking] bans because people have a lot of elective behaviors that are hazardous to their health,” Zimmerman said. “They’ve been informed and they continue to do it anyway. I think the organizations that come here should have a right to extend bad choices because people make bad choices and it’s not our job to stop all the bad choices so I would be in general support of this.”

Gallo, the lone vote against the exemption, said even though council has the authority, she felt uncomfortable approving smoking for a family-friendly event.

“I think it’s a little uncomfortable to me to grant permission to smoke to a commercial entity using our park for a function,” Gallo said. “This [event] has come forward saying this is a family-friendly event and asking for an exception on our smoking policy. I’m just very uncomfortable with that.”

Radio-television-film freshman Jacob Leon disagreed with Gallo, saying he doesn’t think Fun Fun Fun Fest is a family event. This will be Leon’s third time attending the event and said he would participate in smoking whether there was an exemption for the event or not.