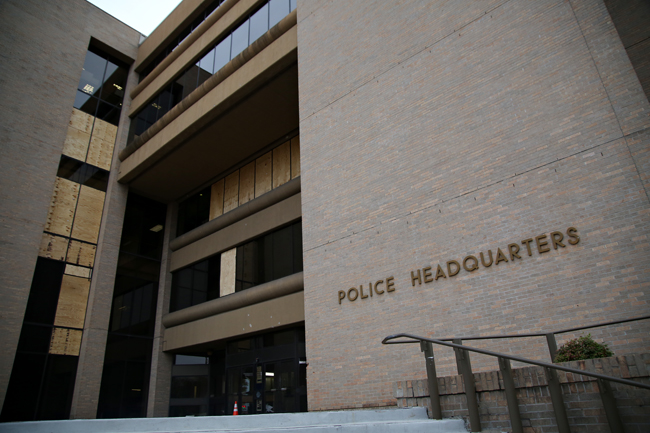 The judicial system is designed to keep citizens safe from themselves and each other. Austin citizens are being jailed for indigency — or inability to pay — for violating Class C misdemeanors.

A Class C violation could be jaywalking, rolling a stop sign or not buckling your seatbelt. These are important to regulate, but it’s unjust to jail people who can’t afford to pay. Incarcerating an indigent citizen without representation is a misinterpretation of laws meant to secure the protection and well-being of the people.

The Texas Fair Defense Project, Susman Godfrey LLP and the University of Texas Civil Rights Clinic have filed Gonzales et al. v. The City of Austin, suing the city for denying Valerie Gonzales and Maria Salazar the rights afforded to them by the Sixth and 14th Amendments.

Rebecca Bernhardt, executive director of the Texas Fair Defense Project, said tickets worth about $100 can amount to thousands in debt because of fines. Citizens are expected to repay that debt by going to jail, with each day being worth $100. While in jail, citizens often lose their jobs and homes.

“Here’s how the system works: It’s not just the fine,” Bernhardt said. “Most of the Class C tickets have lower fines. What happens is all these extra fees get added on when you can’t or don’t pay.”

Bernhardt said these people are mostly single, working parents just trying to survive. Granted, there are payment plans for those who can’t pay upfront. But payment plans may be an unfeasible option for those who live paycheck to paycheck. The judge may then determine that because the defendant had many opportunities to pay and failed, they should be incarcerated.

Perhaps the most heinous injustice is that these indigent people are being jailed without proper representation. According to the Sixth and 14th Amendments, citizens have the right to an attorney to defend them in court. Citizens who cannot even afford a $500 fee cannot afford to hire a lawyer.

Data shows that when representation is present, often pro bono, the citizens are more likely not to go to jail. When many lawyer-less citizens do go to jail, they lose their families, jobs and homes. Plaintiff Gonzalez, mother to five disabled children, was incarcerated for failure to pay speeding tickets and a number of minor traffic offenses. After her arrest, Gonzalez was sentenced to 45 days of jail to compensate for the $4,500 she owes the city.

The justice system is unbalanced because it caters to a small demographic of people who are able to pay.

Many say those who can’t afford tickets shouldn’t break the law. However, this elitist rhetoric acts as though no one has ever rolled a stop sign, jaywalked or accidentally forgot to put on their seatbelt. The problem is that the City of Austin does not do enough for those who cannot afford their outrageous fines and fees. It is unconstitutional to jail people for being poor and even more unconstitutional for doing so without a lawyer present. Let’s support the institutions battling this discriminatory injustice.

Kroeger is a human relations senior from Corpus Christi.