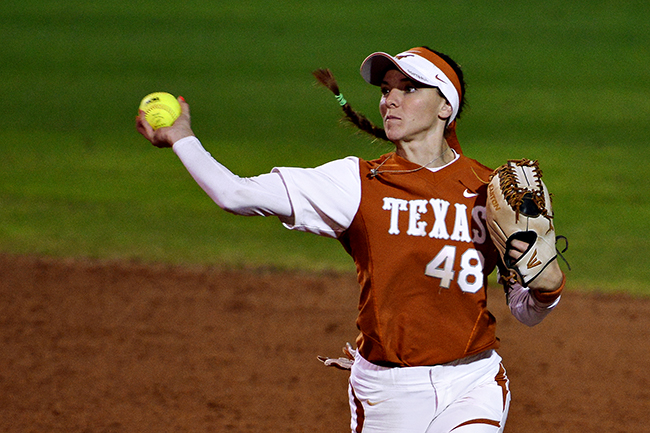 With the bases loaded and no one out, senior Stephanie Ceo ran to the mound. Her teammate was struggling while facing St. Mary’s on Oct. 29, and she needed the calm voice of a captain.

Junior Tiarra Davis had pitched herself into a jam and needed her nerves quelled.

“I was in a bad spot and was worried it could get ugly in a hurry,” Davis said. “But Ceo came over and told me to make it simple — just throw strikes, it’s no big deal. It was exactly what I needed to hear.”

Four batters later, Davis escaped with just one run on the board. She avoided a potential disaster, thanks to Ceo’s ability to keep things in perspective.

“Maybe the thing I like best about Ceo is her ability to focus on the big picture,” head coach Connie Clark said. “She doesn’t get down after a misplayed ball or a bad at-bat. She knows there’s an ultimate goal that’s greater than any one moment.”

Ceo’s knack for taking one moment at a time propelled her to captain after just two years with the program. As she prepares for her final year with Texas, Ceo said she takes this fall slate as a teaching tool.

“The fall is always such a fun time,” Ceo said. “You get to zero in on certain parts of your game. The coaches and I set some goals, and I feel like I’ve executed them this offseason.”

Execution both on the field and off is important for a Texas team that features so many important players in their first year in Austin. Between transfers and freshmen, the Longhorns will field five newcomers in the spring season — something the Meadow Vista, California, native is very familiar with.

“I want to do whatever I can for these new guys,” Ceo said. “I came from California and know the feeling to be the new kid. I’ve enjoyed them coming up already and asking so many questions. To know they feel comfortable early on makes me feel like I’m doing something right.”

Taking that extra step as both teammate and captain means signing an agreement to shoulder a greater load of responsibility. Ceo’s coaches say she meets the challenge.

“She’s really more of a coach than a player,” Clark said. “When someone is having a problem, Ceo is the first one that goes and grabs them. She knows what it’s like to be a Division I athlete and can help those that are new at this.”

As an on-the-field coach, Ceo often calms other nerves. She also leaves each newcomer with an important reminder.

“I remind each of them of one thing,” Ceo said. “You aren’t in high school anymore. You’re playing softball at the highest level here at the University of Texas.”