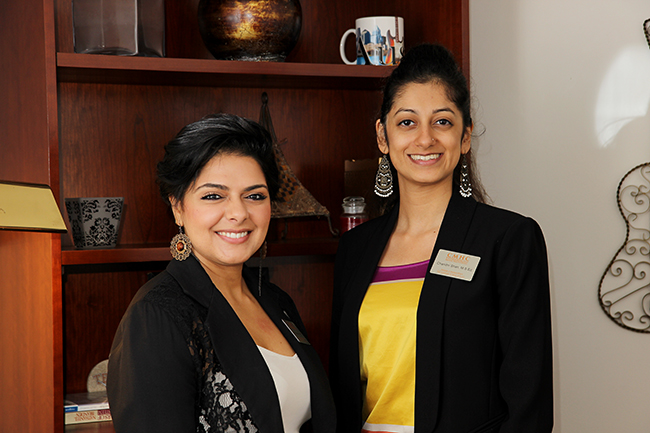 Maneuvering cultural clashes, identity issues and feelings of displacement can all be part of being an Asian-American student at UT. These problems typically get pushed under the rug, but UT’s Asian American Voices aims to tackle them head on.

Founded this semester by Sona Shah, assistant director of the Center for Asian American Studies, and Mona Ghosheh, diversity coordinator and psychologist for the UT Counseling and Mental Health Center, the group provides a space for Asian-American students to share everything from personal struggles with identity to broader community issues. The group is geared toward creating a place where Asian-American students can relate to others with similar experiences.

Ghosheh specifically works both in groups and privately with the Asian-American students who go into the CMHC seeking a counselor who is more familiar with their struggles. After conducting a series of surveys last year regarding Asian-American students wants and needs for counseling and support, she discovered students sought a way to share without formal pressure.

Ghosheh said Asian-American students don’t typically use mental health services and many don’t feel comfortable going into individual or group counseling by themselves.

“They tend to seek support from one another, from family members, try home remedies, rather than use traditional forms of counseling,” Ghosheh said.

Some Asian-American students come from families who immigrated from very different cultures and feel a disconnect from their country of origin, which often fosters identity issues. Additionally, students often feel a lack of representation in the media. This cultural confusion can add on to the other stresses of being a student.

“There’s already a lot of pressure to do well, but on top of that there can be cultural clashes,” Ghosheh said. “It’s not always something, but it can be, especially when parents have different cultural expectations.”

One business freshman, who wanted to remain anonymous, said many Asian cultures view talking about personal issues outside of the family as taboo. She said mental illness often goes unrecognized.

“I’ve been struggling with chronic depression and bulimia since my early teenage years, and every time I tried hinting at it to my family, they never took me seriously,” she said. “I had a roof over my head, a comparably luxurious life in the States, and I wasn’t too skinny. It’s not that they don’t care. It’s just that they don’t see these things as a real issue as much as a whiny first-world problem.”

She said she finds it difficult to discuss mental health issues with her parents due to these cultural differences.

“Everybody in college goes through their own coming of age struggles, but as an Asian-American student, I often feel like I’m not supposed to talk about it. To our parents, we’re just supposed to suck it up,” the UT student said.

“It arose from this necessity to institute a group to be more specific because we can’t always relate to other minorities or even more so a white majority,” Dady said.

In the future, the group hopes to continue Asian-American dialogue. It has been received well by students, such as Dady, who enjoy having a place of dialogue tailored to Asian-Americans.

“It helps to create a place where we’re able to have a face-to-face discourse and have fellow Asians to bounce ideas off of,” Dady said.