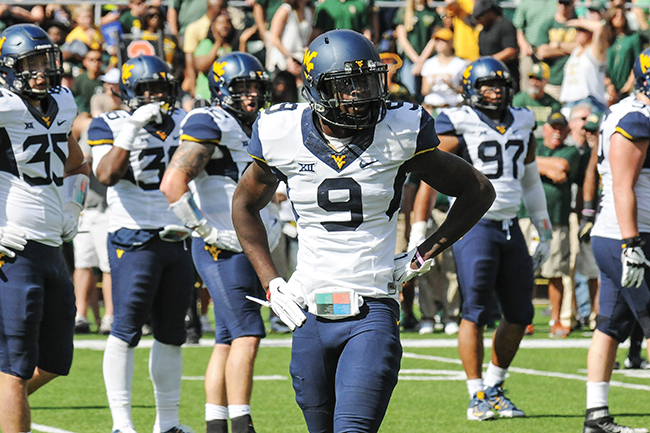 Earlier in the season, head coach Dana Holgorsen called junior running back Wendell Smallwood the Mountaineers’ best offensive player. Smallwood has lived up the title, running for 954 yards on 143 attempts. He’s the No. 2 rusher in the Big 12 behind Baylor star running back Shock Linwood. Smallwood is consistent, averaging 6.7 yards per carry. He played a large role in West Virginia’s 31-26 win over usually high-scoring Texas Tech last week. Smallwood picked up 163 yards – to put that in perspective, the Red Raiders had 179 total rush yards that day. Smallwood is one of the reasons West Virginia’s offense is tabbed the “ground raid” attack. Texas’ defense needs to be in top form Saturday to keep Smallwood from finding holes and breaking through.

Junior quarterback Skyler Howard is a consistent dual threat, despite the Mountaineers’ 1-4 record against Big 12 teams. Howard passed for at least 140 yards in every game this season and has 256 rushing yards so far. Surprisingly, his worst showing of the season came last week in a 31-26 win over Texas Tech. He completed just 12 passes for 149 yards and no touchdowns. But those underwhelming numbers aren’t the norm for Howard. He threw for 289 yards and four touchdowns against No. 4 Baylor on Oct. 17. Texas faces West Virginia in Morgantown, where the Mountaineers are 4-1 this season. Texas needs to limit Howard’s pass options and contain his run potential if the Longhorns hope to walk away with a win.

Redshirt sophomore Shelton Gibson is West Virginia’s leading receiver. He’s averaging 23 yards per catch and has seven touchdowns so far this season. He’s put up big numbers sporadically but struggles with consistency week-to-week. Gibson is a dangerous playmaker when he finds his groove. He scored a 70-yard touchdown in the first quarter against Baylor several weeks ago but barely played last week against Texas Tech. Gibson has the potential to make big plays, and Texas’ secondary needs to be prepared for that.

Senior safety KJ Dillon is a big reason the Mountaineers defeated the Red Raiders. He was assigned to Texas Tech stud receiver Jakeem Grant – one of the top 15 receivers in the country. But Dillon shut him down, holding Grant to only five catches for eight yards. Texas Tech’s No. 5 scoring offense only managed 26 points and 378 yards of total offense without Grant’s usual level of production. Dillon has 40 total tackles on the season and is a positive aspect of an injury-riddled Mountaineer defense. Texas has struggled with its passing game all season, and taking chances against Dillon and West Virginia could be deadly.