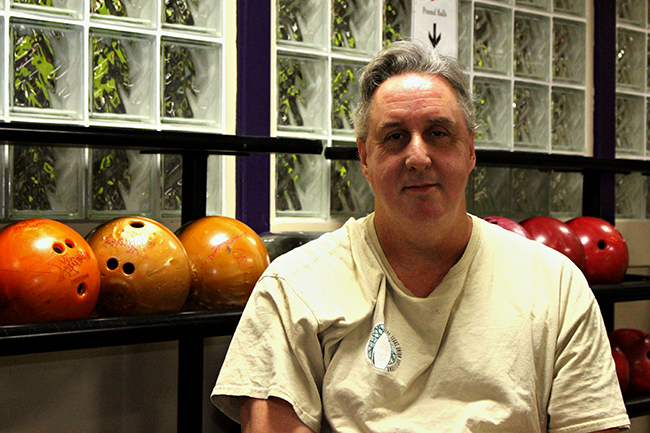 Twenty-nine years as a mechanic at the Union Underground has left a collection of faint scars on Robert Waters’ hands and forearms.

“There are literally bits and pieces of me all around this place, in the sense of cuts and scrapes and chunks of skin,” Waters said.

Waters, the head mechanic at the Texas Union’s bowling alley, has watched its evolution from the early days of manual scoring with pencil and paper, to its heyday in the early ’90s through its economic slumps that began in 2007.

In the late ’80s, he watched Reba McEntire strut inside with her crew for a late night game of pool following an Austin City Limits recording. Around that same time, David Bowie made an appearance, and just last month, Waters said former NBA player David Robinson came by for a game.

Amid all the changes and new faces, the two things that drew Waters to the job in the first place remain constant — his love for the kids and the machines.

Water’s love for mechanics began with a childhood trip to the Austin Power Plant, where his father worked for 26 years. He said when his arms are inside the ball return system working on a machine, he often gets so focused he won’t realize he’s bleeding.

Waters runs the Union’s weekly bowling leagues and has taken an interest in the sport himself. For the past 20 years, he has played in two local leagues.

The leagues, the machines and his co-workers are the three things Waters said he will miss the most when he retires. He is not sure when that day will come, but when it does, he said it will be hard to hang up his tool belt.

“I consider it a second home,” Waters said. “I’m willing to do just about anything when it comes to this place.”