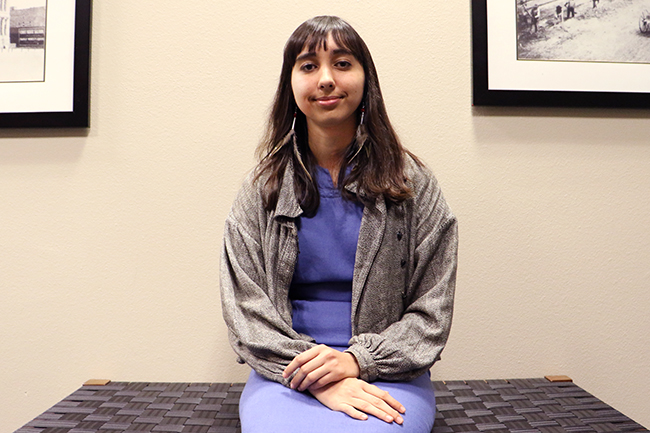 Abbott talked about indigenous rights at a discussion that was part of a two-day event put on by the Native American and Indigenous Collective to dispel myths about Thanksgiving, according to Serena Sonnenberg, the organization’s finance co-director and architecture senior.

“The purpose, in context of the Thanksgiving holiday, is to bring attention to Native American communities, who are central to the Thanksgiving story, but who are misrepresented,” Sonnenberg said.

“There was a long time in my life where I didn’t understand how, as an indigenous person, how I had been impacted by colonialism,” Abbott said.

According to Abbott, indigenous peoples’ contact with Europeans had a revolutionary impact. Initially, they traded pieces of old clothing for tools, but, as Europeans made their way farther inland and as missionaries began to impose belief systems, the way of life for indigenous peoples was disrupted. For example, Abbott said that under the new colonial system, women were not allowed to own property, whereas in some traditional communities, women had previously owned most of the property.

Abbott said problems indigenous people face today, such as increased rates of certain illnesses and broken families, are a result of internalized colonization, and recognizing this is part of the decolonization process.

“If you have been told for 200 years — that you are savage, that you are evil, that your parents are evil — the impact of that across generations is what we call internalized colonization, where you begin to internalize what the colonizers have told you,” Abbott said.

Latin American Studies Institute graduate coordinator Perla Miranda said she came to the event because she thought the topic was especially relevant with Thanksgiving coming up.

“I appreciated how she differentiated the decolonization process because it’s two-fold,” Miranda said. “It’s not just unplugging from Western institutions, it’s reclaiming knowledge and history that colonization has negatively affected.”