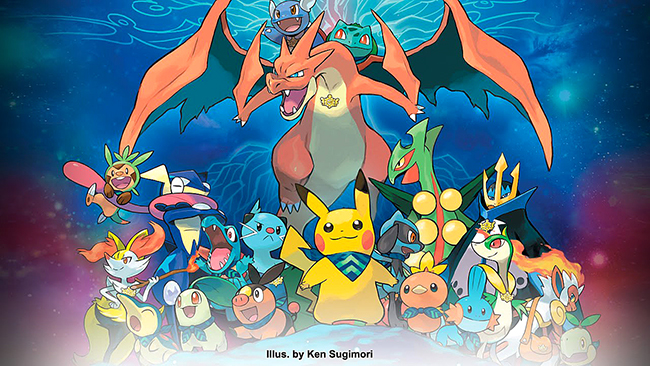 “Pokémon Super Mystery Dungeon,” the seventh entry in the Pokémon Mystery Dungeon series, is a challenging addition to a series largely known for its simplistic gameplay. The spin-off adds a strategy element to the standard turn-based combat of the mainline Pokémon games.

As in the previous games of the series, the player is a human who mysteriously awakens as a Pokémon in a world solely inhabited by Pokémon. The player then forms a bond with a fellow Pokémon, and together they start an exploration team and set off to explore mystery dungeons.

The narrative’s structure is almost identical manner to every preceding title, but the addition of a new cast of characters manages to generate some interest for the events that unfold throughout the game.

The game features a lengthy introduction and tutorial that last hours before players are truly given freedom to control their actions. Players who’d rather just move on to the dungeon crawling portions of the game can now hold the B button to speed through the dialogue. This is a welcome improvement over the previous title which was tiresome due to a poor narrative and slow moving text.

Despite the unoriginal narrative, the new entry into the series stands out in terms of gameplay. Various additions and tweaks to the “Pokémon Mystery Dungeon” formula help the title feel like a proper roguelike. “Pokémon Super Mystery Dungeon” offers a significant challenge to players by requiring players to face more challenging enemies and employ intricate tactics in combat, something that was lacking in previous entries. While it still doesn’t offer the challenge that dungeon crawlers are known for, the title feels less repetitive than previous entries due to this increased difficulty.

Strategic thinking is now a key element to gameplay; no longer optional are mechanics such as items, move types and status effects. Players will have to use the diverse tool set in order to successfully overcome the many obstacles the game throws at them. The beginning hours of the game are particularly tricky as it throws exceptionally high level enemies at the player early on with no options to grind levels. While this sort of difficulty is frustrating, it does force players to adjust their playing style.

The game boasts all 720 Pokémon, featuring every one across all generations. Similar to previous titles, you can recruit them into your exploration team for use in battle.

With so many new Pokémon to recruit, a new system for managing recruitment and quest has been implemented. The new system, or the connection orb, creates a star chart with quest creating connections to new Pokémon with new quest.

The connection orb is bittersweet — it makes recruiting Pokémon easier and well-paced. But the way the system is structured makes acquiring select Pokémon difficult as the player has to unlock multiple connections to reach them and makes getting certain powerful Pokémon too easy.

Looplets are another new introduction into the series. Looplets hold Emeras, which are stones with specialized perks. They offer bonuses beyond the generic attack and defense boost. Abilities such as status mirror make it so enemies are inflicted by the same status ailments as the player, helping level the playing field for enemies that like to spam status afflictions.