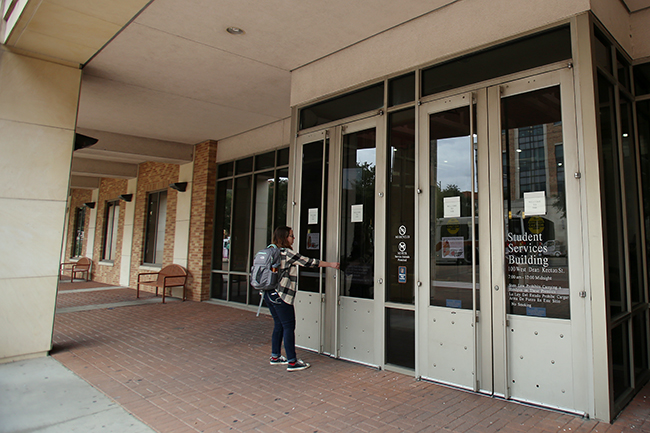 In spite of the Safe Campus Act currently being heard in Congress, UT has started taking steps forward to give administrative support to survivors of sexual assault.

University Health Services began offering free post-assault medical exams at the Student Services Building on Nov. 16 by bringing in guest nurses from exam provider SafePlace Austin. Previously, survivors of sexual assault had to go to SafePlace’s Riverside location in order to receive the exam. However, the new campus location ensures that survivors who are sexually assaulted closer to UT will be able to have a convenient, safe place to be examined.

While the new exam will definitely benefit students, it would be rendered pointless if the Safe Campus Act was passed. The act, which has been widely opposed by universities and student groups, would prevent universities from investigating a student’s sexual assault case unless the student first reported the crime to law enforcement within 48 hours of the assault. If a student does not choose to report the assault or waited longer than 48 hours to report it, this could potentially affect whether or not he or she is able to be examined. However, if the act fails, the exams will continue to provide many important benefits.

Psychology sophomore Anne Kopca said she felt that providing the exam services at the University would help survivors who might feel intimidated about going to an unfamiliar location to be examined.

“I’m glad that they’re providing them now because that’s a great resource to have on campus,”  Kopca said. “It can really lower barriers for those who have been sexually assaulted and don’t want to go off campus or to a hospital.”

The exams are also provided free of charge, which makes them accessible to all UT students regardless of their financial situation. Figuring out how much an exam costs can be difficult, and some sexual assault survivors may be wary of potential costs. By making the exams free, survivors can easily receive the care they need without worrying about unwanted financial burdens.

Biochemistry freshman Judy Al-Sayyad said that while the exams don’t solve the problem of sexual assault, she is glad to see that UT is taking steps to offer more financially accessible resources for those who have experienced assault.

“I think that having free sexual assault tests is a good idea, and I feel like UT is doing a good service for sexual assault survivors by making the tests [financially accessible] for everyone,” Al-Sayyad said.

While it remains to be seen whether the Safe Campus Act will negate the exams, providing convenient, free exams for survivors of sexual assault in its absence is a positive step forward. By doing so, we ensure that these survivors are able to get the care they need and let them know that their care is a priority, not an afterthought.