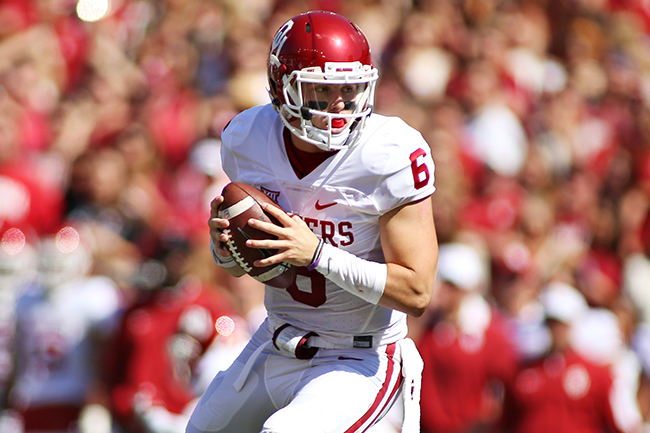 Henry’s impressive performances paired with Leonard Fournette’s fall from grace have put the Heisman trophy in the junior’s hands. The Crimson Tide is rolling behind Henry’s hard-nosed running style. He ran for 204 yards and two touchdowns against a good Mississippi State team two weeks ago, and cruised to two scores on 68 yards with limited action against Charleston Southern. Henry should have another big game this week and continue to boost his campaign.

Watson didn’t have the greatest game last week, but he still has a legitimate shot at taking home the trophy. He finished 24-of-35 with 343 yards and four touchdowns (one rushing), but also threw two picks against a less-than-stellar Wake Forest defense. Watson’s rushing is improving and he ranks eighth in the nation in passing efficiency. If Clemson can finish the regular season undefeated, Watson could end up walking away with the trophy in a couple weeks.

If you don’t stay up to watch West coast football games, you’ve been missing one of the most fun players in college football. But fear not — Stanford has two prime-time games coming up and I’m willing to bet McCaffrey is going to shine. He’s racked up 2,807 all-purpose yards this season and earned 389 against California last week. McCaffrey does so much for the Cardinal with his speed, great hands and superb ability to read the field. He’s quickly becoming one of my favorite players and shooting up in the Heisman race.

Mayfield’s status for the Oklahoma State game is uncertain after leaving the TCU game with a head injury, but that doesn’t affect his Heisman chances. In one half of play against the Horned Frogs, Mayfield went 9-of-20 with two touchdowns and 127 yards. He ranks first in the nation in passing efficiency, and his scrambling ability has improved, too. If you doubted his importance to the Sooners, just note how different the offense was without him in the second half. That will be noted by Heisman voters, and if he’s healthy enough to lead the Sooners past Oklahoma State, he’ll rise in this race.

Cook’s numbers have been consistent all year. He’s No. 2 in the nation in rush yards per carry  with 7.97 and third in rushing yards per game with a 147.5 average. Florida State has put together a decent season, but with two losses and a tough road game against the Gators, its playoff chances are iffy. That could affect Cook’s shot at the trophy. With a big enough performance this week, however, he could boost his chances.