Texas bests of Washington in rematch in Battle 4 Atlantis 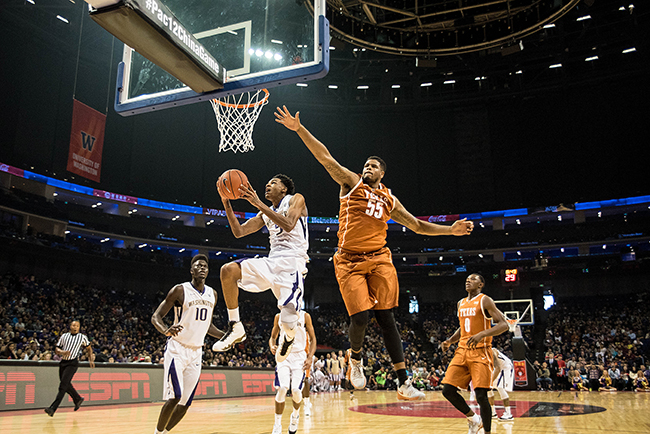 Texas and Washington met on foreign soil for the second time in two weeks. The Thanksgiving match favored the Longhorns more than their 77-71 loss in Shanghai did.

The Huskies attempted to close in on the Longhorns in the second half, cutting the lead to 50-46 with 14:06 left to play. But the duo of senior guard Javan Felix and freshman guard Eric Davis Jr. kept Texas in the game.

Felix’s two 3-pointers in the second half kept the Huskies at bay. He totaled 13 points to join Davis’ 15 — an encore from Davis’ 19-point performance against A&M.

The Longhorns also secured the advantage with a large free-throw discrepancy. The Huskies made 12 of 17 free throws, while Texas knocked down 30 of 42. Texas also forced 18 Washington turnovers.

The Longhorns finish tournament play Friday in the fifth-place game against either Michigan or Charlotte. Tipoff is set for 6 p.m. on AXS.