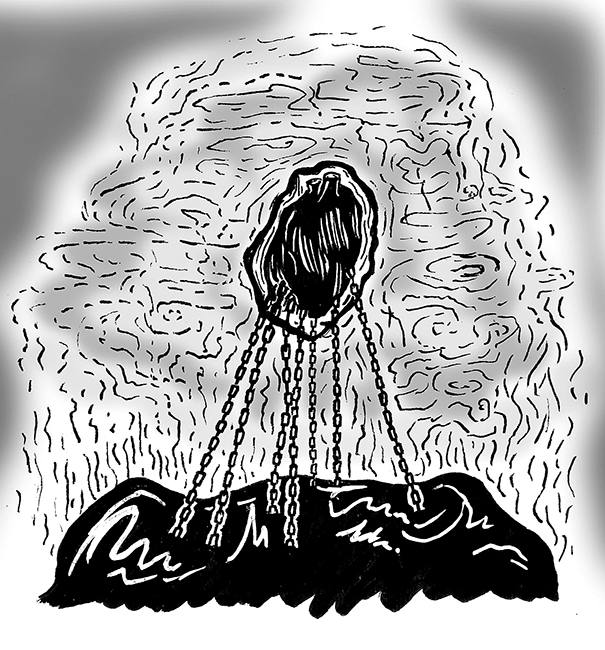 Editor's Note: This is one part in a series about students and mental health. To check out the other stories, click here.

For years, economics sophomore Doris Hui knew something was wrong, but would have never guessed it was major depression.

Diagnosed during her freshman year, Hui received counseling, psychiatry and antidepressants through the Counseling and Mental Health Center. Today, a year removed, she continues to take antidepressants to stabilize her moods but has ceased therapy and said she feels like she is back to normal.

Hui said she began to feel her mental health deteriorating during her junior year of high school under the stress of extracurriculars, impending college applications and issues with her family. Hui, a first-generation college student, said she applied to colleges on her own, and after she got accepted, started working two hostess jobs to fund her first semester. She said the stress of her summer jobs combined with a growing resentment toward her parents contributed to her diagnosis later that year.

Once classes began that fall, Hui said she started noticing her energy and concentration levels dropping. When her roommate, studio art sophomore Brenda Bustos, left her alone in the room, Hui said she would break down crying. When Bustos returned, Hui found herself irrationally mad at her for petty things.

“It just feels like you [are] really alone,” Hui said. “You’re constantly tired, and you don’t want to get out of bed and go to class. When you look at other people, it’s like you notice something different about yourself because you know that you’re always kind of down.”

Bustos said Hui seemed fine on the surface when they met but got more irritable and distant over time.

“It didn’t really click [with me] that she was having a problem with depression,” Bustos said. “I don’t think she even knew that that was a problem at the time.”

After realizing that her decreased concentration and energy was affecting her education, Hui visited the CMHC. She attended several sessions with a counselor before getting referred to an on-campus psychiatrist who could prescribe her antidepressants.

Hui falls within the 36.4 percent of college students affected by depression, according to a 2013 study by the American Psychological Association.

Katy Redd, the assistant director for Prevention and Outreach for the CMHC said depression is the third most frequent mental health issue they see in students visiting the CMHC.

After a week taking antidepressants, Hui said she began seeing sudden improvements in her energy levels and demeanor. Although they came with a fair share of side effects — loss of appetite and extreme drowsiness that caused Hui to sleep 10 to 12 hours per day — she wouldn’t be able to work part-time and go to school without them.

Thinking back, Hui said she can see how much better she felt after reaching out and asking for help. She said the stigma that exists around mental health issues often deters students from calling the CMHC and seeking help.

“I feel like people are really open about visible disabilities, but when it comes to invisible disabilities such as depression or anxiety, we just don’t talk about it,” Hui said. “That is really weird. People don’t like to bring it up because it’s linked to being crazy, but it’s not something to be ashamed of.”

UT alumna Maggie Erben, a licensed professional counselor, said she encourages students to reach out for help if they need it. Many who suffer from depression or anxiety feel ashamed and try to deal with it alone when they shouldn’t have to.

“Reaching out for help when you need it is something admirable and positive, and you shouldn’t hesitate,” Erben said.

If you or someone you know would like to talk to someone about depression or other mental health concerns, contact the UT Counseling and Mental Health Center at (512) 471-3515 or click here to find out more about CMHC's resources.