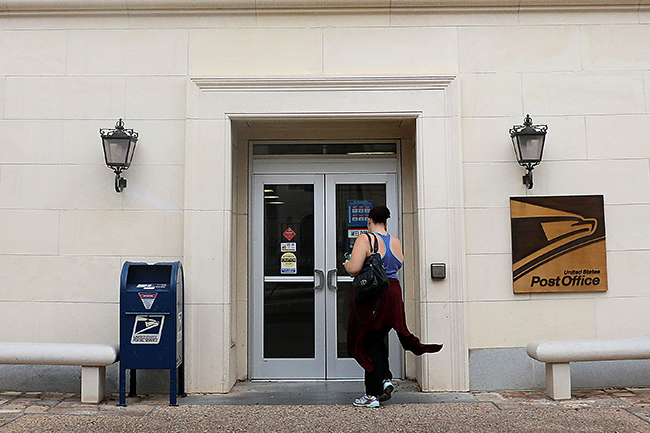 The on-campus post office has extended their lease until Feb. 28, 2017, according to Cindy Posey, associate director of communications for University Operations.

The lease was originally set to expire in Feb. 2016, but USPS and UT-Austin approved a one-year extension plus five one-year options to extend the lease at a November meeting. This follows a two-year extension period that was approved at the end of 2013.

“[The lease was extended] to provide postal services to the campus community,” Posey said.

Electrical engineer junior Jenny Lee said it would have been a huge inconvenience if the post office on campus were to have closed in February 2016 because she frequently ships packages out to sell on Ebay.

“Ebay asks how long the handling will take and instead of taking me one day [to ship a package] it’ll take me three days,” Lee said. “That would be really bad because consumers like for you to ship things out quickly. I also don’t have a car on campus, so I would probably have to take the bus or Lyft to get to another USPS site.”

Hiba Alkhadra, fifth year psychology student, said it would not have been an inconvenience if the post office had closed.

“I live on Lake Austin, so I would just mail from wherever is closest to me,” Alkhadra said. “I only use this office when I’m on campus. I do think UT should have a postal office on campus because a lot of students live here and it would be more difficult to mail things if we didn’t have one right here.”