Longhorns set to host No. 3 North Carolina in biggest non-conference game of the schedule 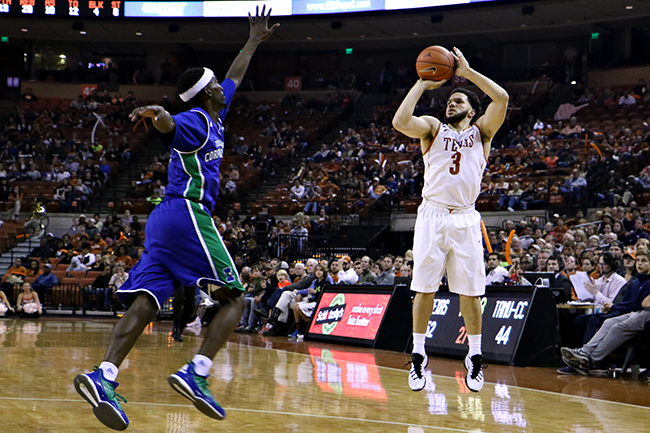 Last year, the Longhorns entered their marquee non-conference game against No. 1 Kentucky riding high with momentum.

They were undefeated and less than a week removed from beating UConn on the road with a last-second shot.

But the trip to famed Rupp Arena didn’t go as planned. Despite hanging with the Wildcats, the Longhorns eventually fell 63-51.

The worst, however, came after the loss. A team expected to contend for the Big 12 title barely got into the NCAA tournament, eventually leading to the ousting of Rick Barnes.

“Last year we were expected to do a lot more because we were ranked No. 6,” senior center Cameron Ridley said. “We thought we were better than we were.”

This year’s team is avoiding that mentality leading up to its biggest non-conference game against No. 3 North Carolina on Saturday at the Frank Erwin Center. The Longhorns know they have to be better, especially with a 5-3 record.

“This year, we can’t play like that because we still have room to improve,” Ridley said. “Obviously we’re looking forward to this game. It’s the biggest game on the schedule, but I don’t think we’re as hyped up as we were last year.”

Texas comes into this game with some momentum. The Longhorns have won three straight home games and posted a season-high 116 points in Tuesday’s win over UTSA.

While there’s not much the team can take from a win over a 1-7 Roadrunners team, Texas might have gotten out of its scoring slump. The Longhorns shot 64.7 percent from the field and 50 percent from behind the arc against the Roadrunners.

Freshman guard Tevin Mack, who head coach Shaka Smart has called the best shooter on the team, broke out of his personal slump. He posted 17 points and hit 2-of-5 3-pointers.

Mack said it’s a confidence booster seeing shots finally go down for him.

“It's an amazing feeling,” Mack said. “It's my first time feeling this at the college level, so it's amazing. I made some shots tonight.”

But continuing that success against North Carolina will be a tall task.

But the Longhorns have had recent success against the Tar Heels. Texas went into Chapel Hill and walked out with a surprising 86-83 win in 2013 — the last meeting between the two teams.

That, coupled with the knowledge they haven’t played their best basketball yet, has the Longhorns feeling good going into the big game.