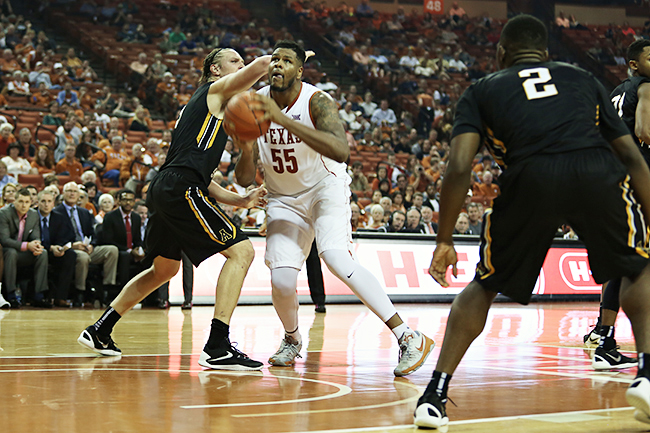 Senior center Cameron Ridley is out indefinitely with a fractured left foot, per Texas Athletics. Ridley suffered the injury in practice Sunday and will have surgery Tuesday.

Ridley was having a career year for the Longhorns through 11 games this season, averaging a double-double of 12.7 points and 10 rebounds per game. He also led the team with 37 blocks on the season.

Ridley had 10 points and 10 rebounds in his last game against Stanford and had a near triple-double against Appalachian State on Dec. 15 with 19 points, 11 rebounds and nine blocks.

The team plays its first game without Ridley Tuesday against UConn at the Frank Erwin Center.