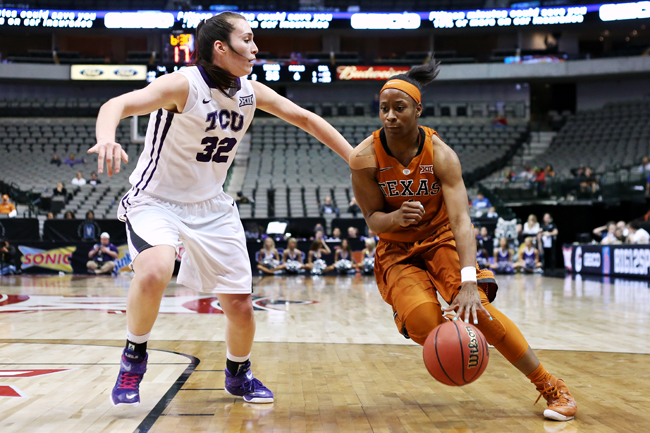 At this time last year, Texas was 13-0 and the third best team in the country behind South Carolina and UConn. But the Longhorns lost at Iowa State 57-59 — the first of nine losses in Big 12 play.

Associate head coach Travis Mays said the players are aware of what this game means.

“I would say it’s hard to make our players not recognize we are in the same situation as we were last year and playing against the particular team that clipped our wings at this particular time last year,” Mays said. “The thing we are going to hang our hat on is that we are more experienced.”

“In order for us to get better, we have to go through those particular teams, and Iowa State is one of those teams that understood and was able to take advantage of the way we played,” Mays said. “We’ve just got to get to a level where we are able to execute and get better at stopping them defensively.”

Even with those numbers, senior guard Empress Davenport feels like defense is something the team can improve.

Johnson averages 17 points and 10.6 rebounds a game and leads the Big 12 in double-doubles with 10. Senior center Imani Boyette leads the Longhorns in scoring and rebounding with 12.9 points and 9.1 rebounds per game.

“I think what makes Johnson as tough of a player as she is is because she’s extremely aggressive,” Mays said. “In particular, I would say she’s a player that knows her roles and very seldom does she go away from her strengths.”

Both teams enter Wednesday’s game 2-0 in conference play, which only adds to the game, Mays said.

“Two undefeated teams in the Big 12 — that speaks for itself,” Mays said. "I think neither of us wants to give up that position, so we’re going to play hard.”