Texas picks up first win in Stillwater, rolls to 15-0 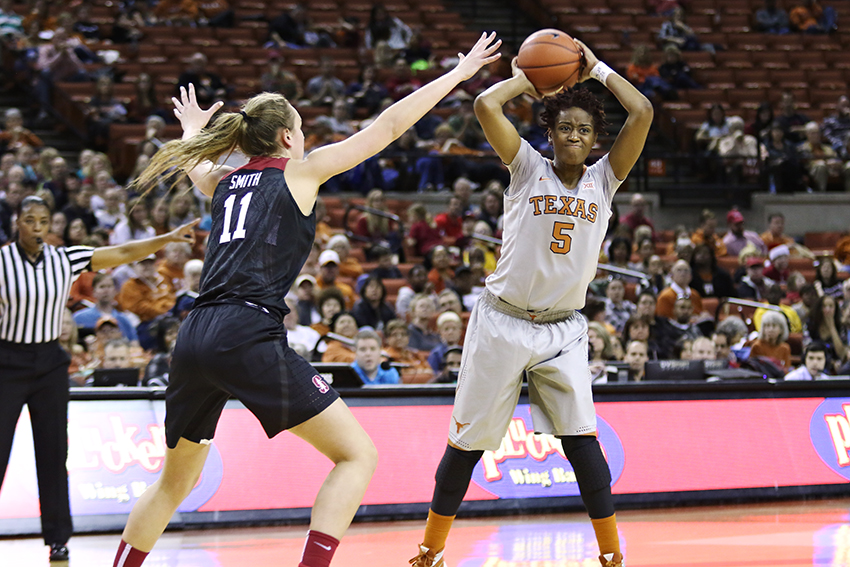 The Longhorns (15-0) got off to a hot start, outscoring the Cowboys 25-7 in the first quarter.

The Longhorns only gave up six more points before heading into halftime with a commanding 43-13 lead. Senior center Imani Boyette said they focused more on defense and less on the scoreboard.

"I don't even think we looked at the scoreboard; we were just trying to focus on defense," Boyette said to ESPN. "We just locked down and played great defense, and that was the outcome."

From that point on, Texas never let up as the team shot 52.9 percent from the field while limiting OSU to 27.8 percent field goal shooting.

“We're disappointed on our end that we didn't play better and we weren't more competitive," Littell said to ESPN. “This game got ugly from the get-go. Credit Texas — they have a lot of weapons."

"The way you have to defend Oklahoma State has to do with team defense,” Aston said to ESPN. “I thought our team defense was really good."

Boyette and freshman forward Jordan Hosey led Texas with 12 points apiece. Boyette also chipped in 11 rebounds, two steals and four blocks. Hosey was a perfect 4-for-4 from the field and free throw line en route to her career-high scoring outing.

The 15-0 start marks the third-best start in school history, and Texas is the only team with a 4-0 start in the Big 12 conference.