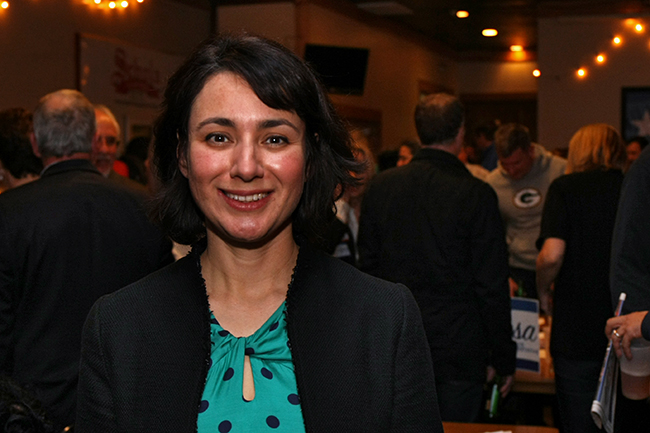 The seven candidate field vying for an open state House seat includes a former University Democrats president and a UT law professor, setting up a competitive race that could propel higher turnout rates among the large student population throughout the district.

On March 1, voters in House District 49 — the district covering West Campus — will head to the ballot box to select a nominee to replace longtime Democratic State Rep. Elliott Naishtat, who announced his decision not to seek re-election on Dec. 10, just days before the filing deadline.

Because no Republican filed to run, whichever candidate emerges victorious from the Democratic primary is virtually guaranteed to represent the district when the Legislature meets in 2017.

Fischer, the only openly LGBT candidate in the field, has established a campaign platform filled with progressive causes, including tackling high college tuition rates and the student debt crisis as some of his top priorities.

“I think being the reactionary party has gotten us nowhere over the past 20 years in Texas,” Fischer said. “If we want to start winning this state, then we need to push back with an agenda that is positive and meaningful.”

Describing herself as a Democrat in the mold of Massachusetts Sen. Elizabeth Warren, Way has also said she would focus on progressive issues, including passing comprehensive background checks, to combat the conservative leadership in the legislature.

“The voters are really looking for strong and bold leadership, especially now with the House and the Capitol turning hard to the right,” Way said. “I’ve been knocking on doors, and people have been very receptive and excited about what I can bring to that office.”

Gina Hinojosa, Austin ISD School Board president, announced her candidacy for HD 49 on Thursday night. Fischer announced his on Jan. 10, block-walking around neighborhoods throughout the district.

Fischer’s campaign has stressed reaching out to the UT community and campus organizations to encourage students to vote and support him at the ballot.

While all of the candidates hold similarly progressive positions on pressing issues, some of the candidates with more experience dealing with the Capitol argue they would make more efficient representatives than their less-experienced counterparts.

Rocap — who has dealt with the Legislature on abortion — pointed to his experience to show how effective he could be in the House.

Because of his connections in the Capitol, Shrum said he would have a good chance at getting on important committees, like appropriations, that will directly affect the district.

“That will give everyone in District 49 a more powerful voice for every other issue,” Shrum said.

In an early show of support, Hinojosa has already been endorsed by more than 200 organizations and local Democratic groups, including the Texas State Teachers Association and Liberal Austin Democrats.

With Texas has some of the lowest turnout rates in the country, all of the candidates said they would focus on reaching out to UT students and potential voters across the district in an attempt to bring them to the polls.

“I think it could be a really great way to get students to turn out,” University Democrats communications director Maliha Mazhar, an international business and government senior, said. “We think Naishtat did an awesome job and was a vocal progressive voice in the House, but it’s exciting to have a fresh face in the Legislature.”