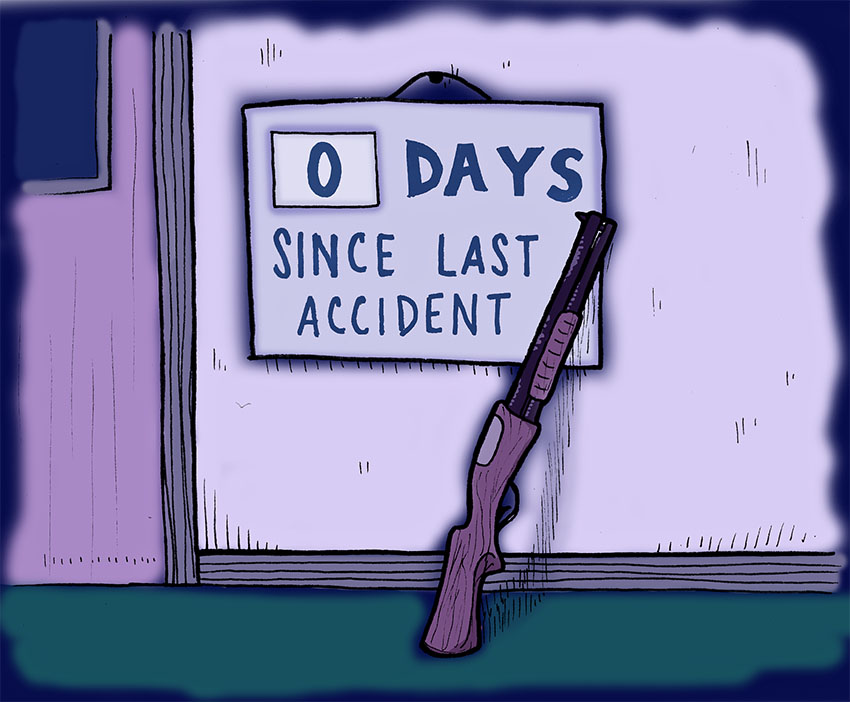 The U.S. is once again on track to have more child gun injuries or deaths than days in the year. In 2015, the total number was 692; the year before, 628. Tragedy naturally follows stories of injured or killed children, but the worst part is that many of these shootings are accidental. Texans must support gun safety through legislation and personal practice to help stop preventable deaths.

Safe gun ownership, like anything else, can require expert guidance. In pediatric exams, doctors often ask about home environment, such as whether you own a pool, chemical cleaning supplies or guns. The idea is that pediatricians can help parents keep their kids safe by offering advice on how to store potentially deadly items (such as guns).

However, House Bill 2823 would have Texas follow Florida’s lead in removing the g-word from doctors’ vocabularies. Pediatricians would no longer be able to ask about gun storage or give advice to parents because some feared doctors would file the information and give it to the federal government.

Of course, parents could always just ask to not talk about guns in their appointments.

Doctors are uniquely placed to provide tailored advice to families. Gun safety might mean different things for someone who owns a Glock in a Dallas penthouse than a hunting rifle on a ranch. While many doctors aren’t experts in gun ownership, reinforcing the importance of parents locking up their guns can’t hurt when the life of a child is at stake.

Proper healthcare requires that doctors know us on an intimate level, and our gun ownership is no exception. Making it harder for doctors to do their jobs will only increase the likelihood of child injuries and deaths.

Nancy Hazen, professor of human development and family sciences, said part of the reason many young children act on their curiosity about guns despite parents’ precautions is that the consequences of guns are abstract and difficult to understand.

“Most children haven’t been severely injured, and they don’t understand death; they don’t really fear anything until they have actually been hurt,” Hazen said. “They are just curious about any object that is new to them, especially things they see grown-ups do.”

This means that child-focused gun programs, such as the NRA’s Eddie Eagle Gunsafe campaign, cannot be fully depended on. If disobeying their parents to touch a gun feels the same to a young child as sneaking a forbidden treat, they are much more likely to have a lapse in judgment when it comes to guns.

Personal awareness is the first line of defense for gun safety. In a column printed in The New York Times, Plan II senior Zachary Stone details his experience applying for a concealed handgun license and the definition of responsible gun ownership.

“I think that understanding your limitations is a big part of that,” Stone said. “There are a lot of these rules that most gun owners are aware of, but there are also a lot of accidental shootings.”

Texas is one of the top three gun-owning states in a country that accounts for 87 percent of child gun deaths in the developed world. The state needs to ensure it has every parent and professional working together to keep kids safe.

Hallas is a Plan II and human development freshman from Houston. She is a Senior Columnist. Follow her on Twitter @LauraHallas.