Refugees should be seen as more than just a number 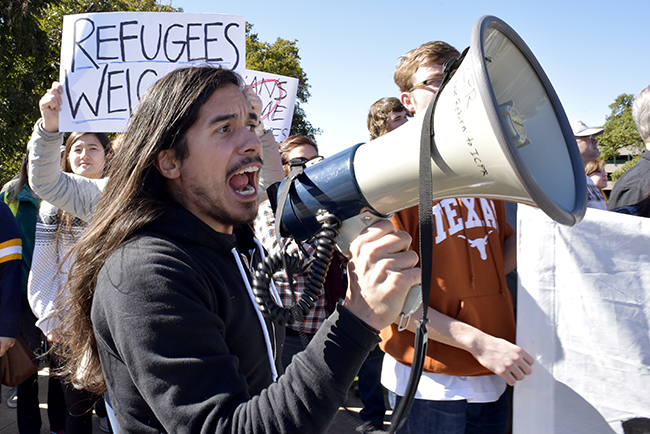 When President Obama gave his final State of the Union address, one guest in attendance ensured that he had not forgotten about resettling refugees.

Refaai Hamo, a scientist and Syrian refugee, was featured on the renowned photoblog Humans of New York this past month when Syrian refugees were preparing to embark on their new journey to the states.

The father of four told HONY the story of his precocious knack for science as a child. Starting from the bottom, he pursued a PhD while working construction jobs at night, and later married his college sweetheart. Once an established professional, Hamo built his family a compound. Hamo’s life story prior to the Syrian War can be likened to the “American dream.” His compound was later destroyed in the midst of the civil war, leaving his family members either injured or killed.

“We survived but we’re dead psychologically,” Hamo said in his HONY interview. “Everything ended for us that day. That was our destiny.”

Following the Paris attacks in November and San Bernardino in December, a number of state governors and Republican presidential candidates called for a halt to Syrian refugee resettlement. Refugees like Hamo show the value of such individuals, who come from different walks of life and struggles that caused them to lose everything in the war. Yet, they are still hopeful for the bright future that America can provide for them.

Despite being a brilliant scientist in Syria, Refaai was unable to get a job as an engineering teacher in Turkey. This included a university that was using the textbook he wrote himself.

“I still think I have a chance to make a difference in the world,” Hamo said. “I have several inventions that I’m hoping to patent once I get to America.”

In response to publicizing the inventor’s story on the HONY blog, photoblogger Brandon Stanton not only received increased attention from his 16 million Facebook followers — who donated over $700,000 in the course of three days during the holiday season — but from President Obama, who read and responded to Hamo’s emotional story. “Welcome to your new home,” President Obama commented in response to the story, calling Hamo an inspiration. “You’re part of what makes America great.”

Texas, as the state that resettles the most refugees in the nation, is at the forefront of the refugee inclusion issue. Hamo’s story, like that of thousands of other refugees from Syria, is an example of the sheer wealth these individuals have. They are working individuals like ourselves, whose dreams were squashed because of the civil war, but are still hopeful for a new start. Instead of viewing refugees as aliens to the country, we should understand that they have more in common with us than we realize.

“I was thrilled when I heard that President Barack Obama is welcoming us into the United States,” Hamo said in a statement. “I felt that hope was revived as well as the strength to continue my dreams and ambition in my new country. I am so proud and honored to be in this country and look forward to one day becoming an American citizen so that we can be part of making America a strong and great country.”

Saifullah is a neuroscience sophomore from Richardson. She is a Senior Columnist. Follow her on Twitter @coolstorysunao.