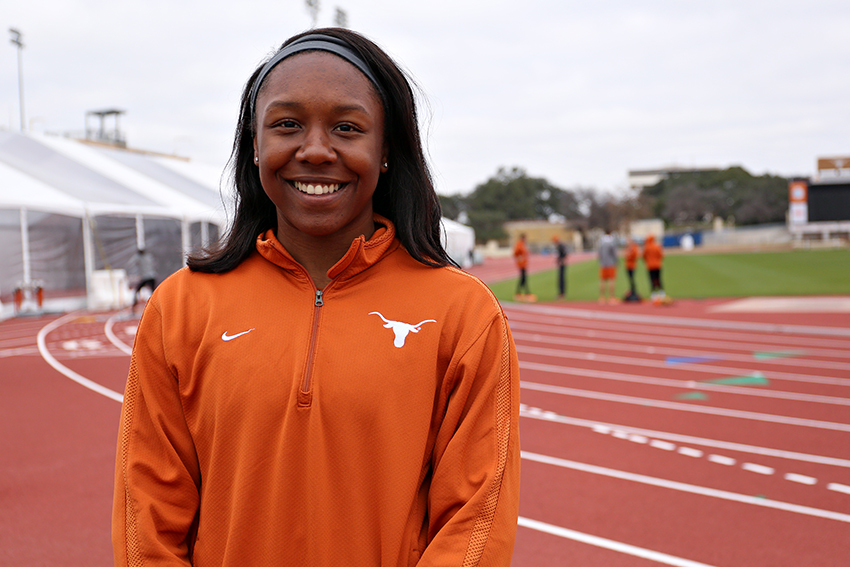 The men’s and women’s track and field teams will split up this weekend with the majority of the teams heading to Birmingham, Alabama, while the throwers and pole vaulters compete in Albuquerque, New Mexico.

Throwers and pole vaulters will be traveling to New Mexico for the Cherry and Silver Collegiate Invitational. The meet will feature nationally top-ranked specialists, including five of the top 25 women pole vaulters in the nation.

The No. 3 women’s team is coming off many victories from the meet at A&M last week, including freshman Teahna Daniels’ record-breaking performance in the 60-meter.

“It was very impressive by Teahna to open up that fast,” head coach Mario Sategna said. “It wasn’t just her time, but here she is beating her teammate, Morolake Akinosun, one of the most decorated athletes we have on campus.”

Daniels and Akinosun recorded the second and third best times for the 60-meter in the nation last week. They will compete against other top ten runners in the 60-meter from Tennessee, Auburn and Alabama this weekend.

“The last meet boosted my confidence a lot because I didn’t know how I would come into my first collegiate meet,” Daniels said. “Morolake has been one of my supporters and we’ll be going head-to-head all season. It’ll be a good season for both of us.”

“It was a long time coming, and there was a lot of stress and pressure on him to go to his old track last week, but he looked good in that burnt orange,” Sategna said. “It was good to see him competing.”

Junior Ryan Crouser, the three-time NCAA champion of the shot put, will join the group going to Birmingham this weekend to familiarize himself with the location of the national indoor championships, which will be held in March.

“It’s a new venue for us, so we want to make sure we give those athletes who will be there for the National Championship an opportunity to get the lay of the land,” Sategna said.