10 concerts to catch this semester 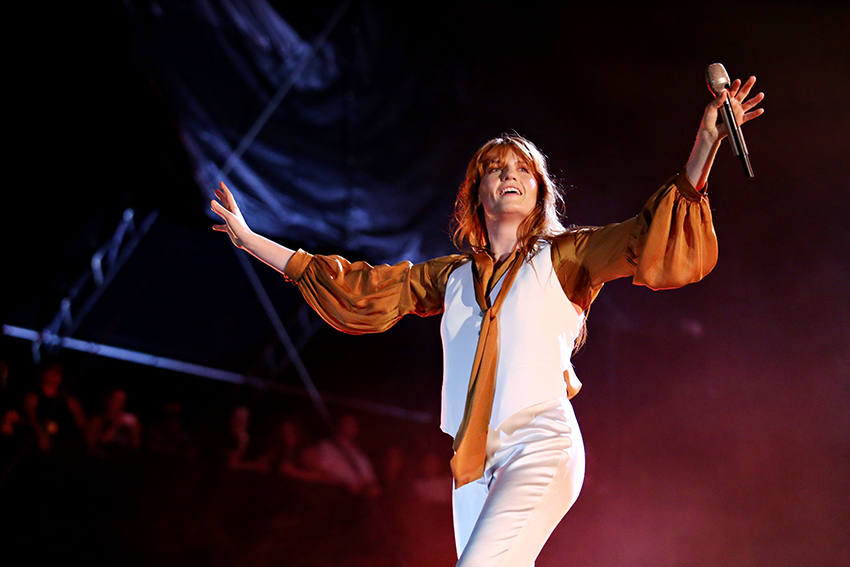 The “Live Music Capital of the World” will welcome an array of big-name musicians this semester from Kid Cudi to Florence and the Machine. The Daily Texan compiled a list of 10 shows to catch before summer hits.

California-based surf rock bands Best Coast and Wavves will co-headline the “Summer is Forever II” tour across America this winter, stopping in Austin Feb. 11 at Stubb’s BBQ. Both bands will be promoting albums they released last year — California Nights from Best Coast and V from Wavves. Alternative rock group Cherry Glazerr will open the show.

Cleveland-based rapper Scott Mescudi, known by his stage name Kid Cudi, will make a stop in Austin this February during his “Especial” tour promoting his December full-length release Speedin’ Bullet 2 Heaven. Expect songs from Speedin’ Bullet 2 Heaven as well as hits from his 2009 debut studio album Man on the Moon: The End of Day, including “Pursuit of Happiness” and “Up Up & Away.”

Make the most of your night with pop songstress Carly Rae Jepsen as she performs her 2012 smash single “Call Me Maybe” and hits from her latest album, E•MO•TION. The album, released in August, features ‘80s-inspired anthems like “Run Away With Me” and “I Really Like You,” two safe bets to get any crowd to sing along.

New York City-based rapper Hoodie Allen has come a long way since releasing his EP All American in 2012. He released his debut full-length album, People Keep Talking, which included a collaboration with Ed Sheeran, in 2014 and dropped its follow-up, Happy Camper, on Friday. Expect him to bring his spirited, fast-paced work ethic front and center for a high-energy show at Emo’s.

Enjoy one of the first spring evenings of the year at Stubb’s Outdoors, where acoustic indie rocker Vance Joy and opener Elle King are expected to deliver a pair of rousing, hit-packed sets. Joy quickly climbed the charts last year with his single “Riptide,” while King found fame with her raspy, country-inspired croon on songs like “Ex’s & Oh’s.” Together, the pair could spice up a student’s typical Tuesday night.

Indie rock group Dr. Dog will perform two back-to-back shows at Stubb’s BBQ this April. The band is set to re-release their first collection of songs, The Psychedelic Swamp, as their eighth studio album on Feb. 5. Expect cuts from that re-release as well as their new single released Jan. 15, “Bring My Baby Back.”

French electronic solo project, M83, returns after five years away with a four-month tour across America, landing in Austin on April 10. The new album, which producer J. Meldal-Johnsen confirmed is finished, is set to release sometime this year, although the specific date has not yet been confirmed. Anthony Gonzalez, the man behind M83, said the upcoming release is different from other albums such as 2011’s Hurry Up, We’re Dreaming.

Scottish electropop trio Chvrches will take over Stubb’s for a two-night residency this April. Fresh off the release of Every Open Eye, which came out in September, the group will perform alternative chart-toppers like “The Mother We Share” and “Recover.”

In an effort to avoid the infamous “sophomore slump” on the follow-up to their reputation-making, self-titled debut, The 1975 took their time writing and recording I like it when you sleep, for you are so beautiful yet so unaware of it, out Feb. 26. Now, the British band is ready to take the songs on the road, making stops at arenas and festivals around the world.

Returning to Austin for the first time since last year’s Austin City Limits Music Festival, Florence Welch made a name for herself with energetic, onstage antics like those that led her to break her foot in a stage dive at Coachella. Expect the same level of enthusiasm as she brings songs such as “What Kind of Man,” “Dog Days Are Over” and “Shake It Off” to life.