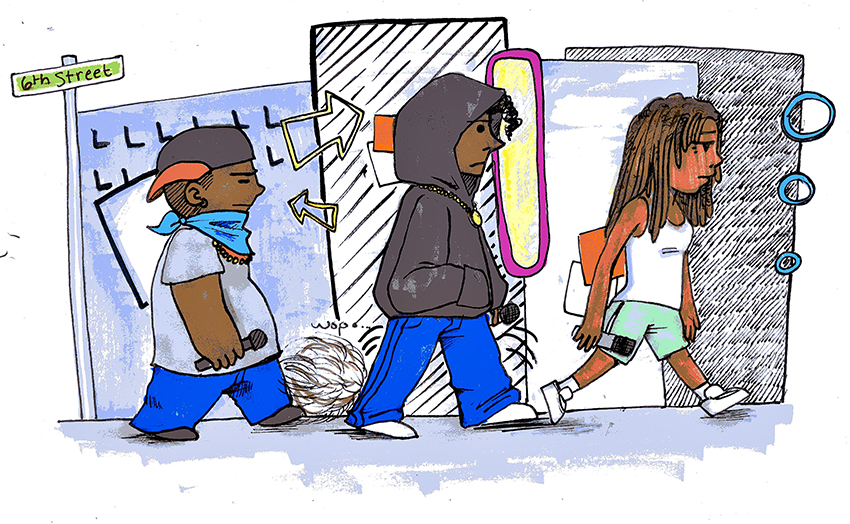 Although the Austin hip-hop scene has no shortage of artists, the genre rarely receives support from local venues, reflecting a disconnect between national and local music trends.

In its 40-year run, Austin City Limits has never taped an Austin rapper, and the show’s yearly festival has only featured local hip-hop acts twice since its inception in 2002. Even South by Southwest, an event built on the foundation of local music, rarely features Austin hip-hop artists on their main stages.

Weird City Hip-Hop Festival, an attempt to draw attention to the city’s rap scene, fell through last year after non-Austin headliners Jay Electronica and Danny Brown pulled out. However, the festival successfully returned this year with a day of performances Jan. 16.

Donnell Robinson, 10-time Austin rapper of the year, who performs under the pseudonym MC Overlord, moved to Austin in the ’80s to attend UT. Hip-hop was gaining popularity, and Robinson started rapping shortly after. Austin hip-hop artists quickly developed a small support network, including the famous Catfish Station club, which promoted both the genre and urban entertainment in general.

“I had a decent college following,” Robinson said. “I could fill a club if I wanted, but no one ever gave me a chance to perform. But after they gave hip-hop a shot, lots of clubs started to realize the potential. I transitioned to a live band around 1994 right as Catfish Station opened, and that’s when Austin hip-hop seemed to take off.”

Catfish Station eventually closed, and support of the local rap scene has been limited since. Notable collectives popped up, including Dirty Wormz and Boombox ATX, as well as events such as Hip Hop Humpday and the Austin Mic Exchange, but there are currently no venues in Austin dedicated to local hip-hop. Nearly two decades after Catfish Station opened its doors, few local hip-hop artists perform nightly, if even weekly.

Despite not having a place to perform, rappers across Austin quickly developed their own distinct styles. Thomas Chapman, known as Smackola of Dirty Wormz, moved to Austin in 1998, where he was inspired by musicians like Robinson to start his own rap career.

Dirty Wormz’s first SXSW shows drew large crowds, but during the 2014 festival they had to compete with Kanye West and Jay Z. But while West’s and Jay Z’s shows only required a Samsung phone to get in, Dirty Wormz’s required an expensive badge.

“What if someone like Samsung sponsored local Austin acts and gave the hometown an unbiased chance?” Chapman said, “There’s people all over Austin that deserve shots. National roadshows come through town every night. Local acts are being ignored more and more, and Austin hip-hop is suffering because of it.”

Terrany Johnson, or Tee Double, released 26 albums in his 20-plus year career in Austin. Growing up with the movement, Johnson said he experienced the variety of Austin’s early rap scene firsthand.

Johnson, former SXSW urban music director and member of the Texas chapter of the Grammys, now focuses on his foundation, Urban Artist Alliance, which aims to teach local rappers how to monetize their music and other business skills.

“Almost everyone in this town is involved in music in some way,” said Johnson. “It’s hard to distinguish yourself, so it’s important for young hip-hop artists to team up and create opportunities for themselves. That’s how Austin hip-hop can thrive.”