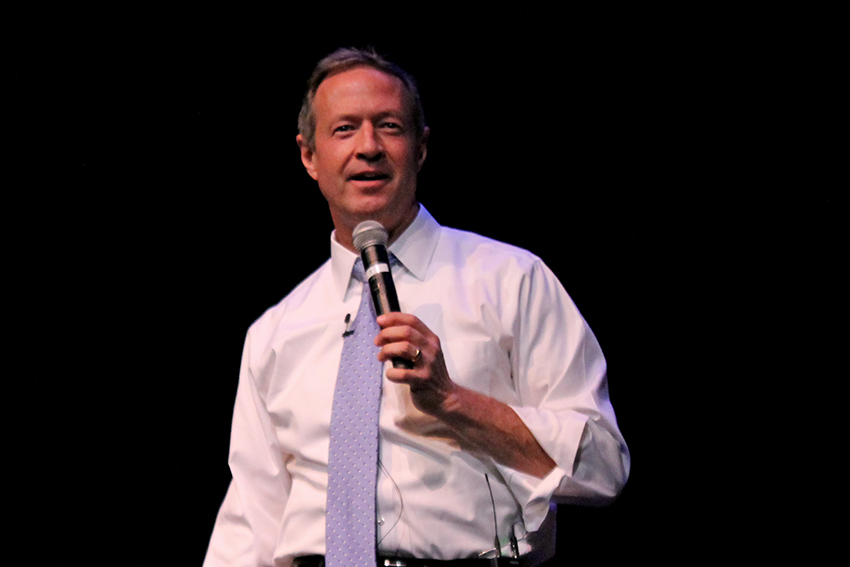 Martin O’Malley begged for, and was denied, “just 10 seconds” in the Jan. 17 Democratic debate. This plea sums up his campaign thus far.

Moderator Lester Holt prevented O’Malley, the best Democratic candidate, a chance to speak. Hillary Clinton and Bernie Sanders may be dominating the headlines, but they both have significant flaws as candidates.

Clinton’s political career is rooted in scandal — from her attempts to cover up accusations of sexual misconduct by her husband, to the Benghazi investigation and her personal email server.

“She might be going back and forth between the White House and the courthouse,” Jeb Bush said during the most recent GOP debate.

Then there’s Sanders, the crazy-haired, independent-turned-Democrat who is gaining momentum despite his politically infeasible plans. Sanders is a left-wing nut, and if the GOP nominee ends up being a right-wing extremist like Donald Trump, the opportunity for a moderate establishment candidate opens up. Enter Martin O’Malley.

O’Malley trails Clinton in the national polls by about 50 points and has said he’ll have to think about dropping out of the race if he doesn’t show “viability” in Iowa, where he hovers around an abysmal four percent.

Despite not leading the polls, O’Malley should be the poster boy for the Democratic party instead of an afterthought. As governor of Maryland, he raised the state’s minimum wage to $10.10, ended the death penalty, imposed gun regulations, promoted renewable energy and made the tax code more progressive.

When Tejas Club President Connor Hughes, Plan II honors and biochemistry senior, organized a visit with O’Malley in November he was left with a fond impression of the candidate.

“He has a genuine concern for improving the youth unemployment situation, and he hopes to revamp the student debt situation,” Hughes said. “Whenever I spoke with him backstage, he wasn’t some rushed, detached political figure; instead, he was warm, interested and excited to connect to students.”

O’Malley and Sanders have both tackled the issue of student debt, but only one has proposed a practical plan. Sanders’ plan for free tuition at four-year public universities is unrealistic, while O’Malley has laid out a detailed plan that enables students to graduate debt-free.

Joseph Flores, international relations senior and organizer of UT-Austin Students for Bernie Sanders, said the differences between Sanders and O’Malley are “not in ends but means.”

“O’Malley is a fine candidate; he speaks well on the issues and displays an honest desire to push the conversation,” Flores said. “Despite this, he fails to distinguish himself and for many voters, another standard politician is not enough this election cycle.”

O’Malley is by no means a perfect candidate, he’s been hammered in the past over his poor fiscal policy, and for some, he’ll always be seen as the inspiration for Tommy Carcetti, the Baltimore mayor depicted in the HBO series “The Wire.”

O’Malley is a long shot and seems likely to drop out of the race sooner rather than later, but before he does, Democrats should give him, at minimum, ten seconds of their time.