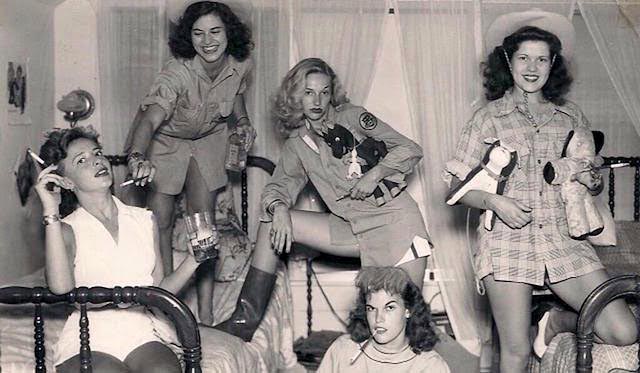 Courtesy of Traces of Texas

In 1944, as thousands of male students went overseas to fight in World War II, hundreds of newly enrolled female students were left behind without a place to live at a University full of male-only dorms.

The influx of several hundred female students eager to get an education and enter the workforce left the University unprepared to accommodate them. On Sep. 3, 1944, The Daily Texan published a story detailing the housing shortage.

“Some students who had inquired about housing and couldn’t find a place postponed their entrance into the University until November in the hopes of finding housing then,” Dean Dorothy Gebauer said to the Texan. “The demand for dormitories by girls has been much greater than we expected, and now we do not have enough space to accommodate for everyone.”

“Fewer houses is not the cause of the shortage of women’s housing units but the large number of women students who appeared to overflow available living quarters,” the article said.

In an effort to solve the problem, some female students reported false addresses to the Registrar’s Office, allowing them to move without the University’s knowledge. Though the Registrar’s Office asked students to report any change of address, those who didn’t could live in “unapproved housing” and forgo signing an agreement promising that they wouldn’t allow wine, liquor or cards in their home.

“They go back to their old [approved] addresses to pick up their mail,” the article said. “Many students figure that it is easier to find a place to stay if they don’t report that they are living in an unapproved house.”
Other students found housing in the homes of Austinites willing to rent a room out to desperate students.

“The response of Austin people to the call for rooms has helped alleviate the situation a small amount,” the article said.

Even hotels were filled to capacity as the semester began. Proprietors of several hotels told the Texan they could not take care of the students and families looking for a temporary place to stay.

Despite reports that female students were struggling to find housing, there was actually still housing available for men on campus. The article said the lack of housing could have been resolved more easily by opening the male-only dorms that were being used for other purposes.

“[It was felt that] men’s houses that had been turned over to servicemen and civilians could have been converted to renting to women students,” the article said.